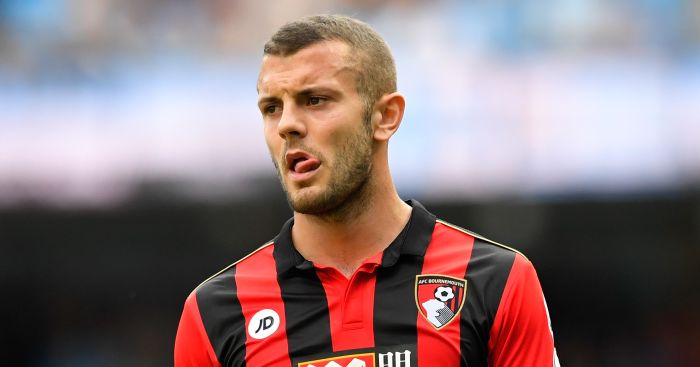 Jack Wilshere must earn the right to end his two-year wait to complete a full 90 minutes of top-level football, according to Eddie Howe.

The Cherries manager praised the 24-year-old’s “brave” decision to join the south coast club on loan rather than seek a move to one of the league’s leading lights.

Proud to be part of this team, I have a feeling we can do something special this season ?? pic.twitter.com/HNtXsrq5N7

“I just want to manage his workload so that he stays fit. I think that’s really really important for him and I think he recognises that the most important thing isn’t Jack, it’s the team.

“And I have to make the decision that’s best for the team at all times.”

Asked when Wilshere can expect to complete 90 minutes, Howe continued: “Who knows? The way he played today he won’t be far away.

“It’s not a big issue for me because obviously if he plays like he did today he’s going to have a massive impact on our season.”

Wilshere’s two years without a complete 90 minutes reflects the England star’s battles with ankle and knee problems, and led directly to his Bournemouth loan stint.

“I believe our environment can be good for him because the players work incredibly hard, they push themselves to improve and that’s healthy for any footballer,” said Howe.

“That’s why I think he decided to come here ultimately. It’s a good grounding in the fact that he hasn’t gone to a massive Premier League team.

“It’s slightly old-fashioned in the way that it’s like a step back in time for him compared with the facilities and resources of other Premier League clubs and I think he deserves a huge amount of credit for that.”