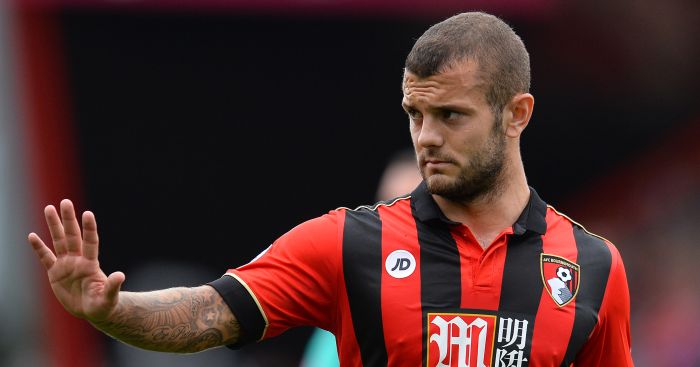 Bournemouth manager Eddie Howe accepts it will be “very difficult” for the club to bring Jack Wilshere back to the Vitality Stadium next season.

The England international has seen his season-long loan spell on the south coast cut short after suffering a fractured leg during last month’s away defeat at Tottenham.

The 25-year-old returned to Bournemouth as part of his early rehabilitation programme and said his goodbyes to the rest of the squad.

Howe, though, does not believe Wilshere, who has faced a series of injury setbacks during his career, will be turning out in a Cherries shirt again any time soon.

“Jack did part of his rehab here, he has now gone back to Arsenal, but it was great to see him for the week he was with us,” Howe said.

“It was really nice to be able to speak to him and also for him to see all the players again because after the Tottenham game he suffered the injury and the players had not seen him (since).

Asked if there would be any chance to bring Wilshere back at Bournemouth next season, Howe replied: “No, I think that is going to be very difficult for us.

“When we signed him on loan, and I have said this many times, the plan was for him to stay for a season and then to go back to Arsenal to evaluate his future.”

Bournemouth drew 2-2 with Stoke last weekend, which proved enough to mathematically secure their place in the Premier League once again.

The Cherries are now on a three-match unbeaten run as they prepare for the visit of Burnley, who themselves are all but certain to retain their top-flight status following promotion.

Howe maintains there can be no switching off for the final two matches as he targets an improvement on the previous campaign.

“We will try and go as strong as we can, to finish as high up the league as we can, so there is a big incentive for us, for a whole host of reasons,” Howe said at a press conference.

“We try and improve every year, that has been our big way of working really, trying to develop players to improve the team and step by step we have been able to do that

“This year the objective was to do the same, to improve on the 42 points and 16th (place) which we had achieved the season before.

“Now we have got two games left to try to do that.”

Howe had a spell in charge at Burnley from January 2011 to October 2012 and has been impressed by how the Lancashire club have progressed under the guidance of Sean Dyche.

“They have improved on the strong Championship side they had from last season, which is not easy to do,” Howe said.

“They have the die-hard spirit that we have seen and we found that out in the away game this season, so it will be tough test for us again on Saturday.

“They got back up and they have been able to show their abilities this season as we have seen, so you have to be very impressed by that.”