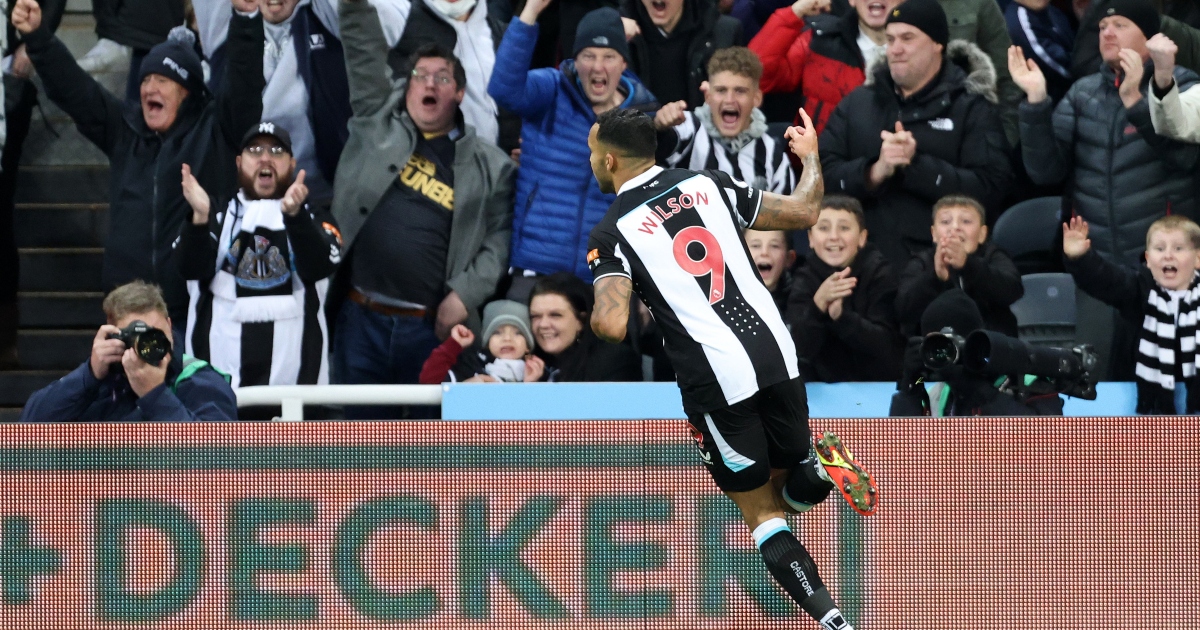 Callum Wilson has revealed what the dressing room atmosphere was like after Newcastle picked up their first win of the season against Burnley.

The Magpies picked up their first Premier League victory of 2021/22 at the 15th time of asking, downing the Clarets 1-0 at St James’ Park.

Wilson was on the scoresheet following a blunder from Burnley goalkeeper Nick Pope, his sixth strike in 11 appearances this term.

Saturday’s win took Newcastle off the bottom of the table, leapfrogging Norwich due to their superior goal difference.

The relief was palpable throughout the ground following the full-time whistle. The players applauded the fans before taking a team photo in the dressing room that was posted on social media.

Wilson insists the team are not getting carried away, and revealed what the atmosphere was like in the dressing room, as well as explaining the photo.

“All of a sudden, we’re looking up the table. The table’s looking better all of a sudden,” the 29-year-old told the BBC’s The Footballer’s Football Podcast.

“It’s been difficult, it has been a tough period for us. I think as a team we’ve all stuck in there, dug deep, everyone has stayed together and stayed positive.

“You get the outcome you desire when you focus on the process. For me, I’d love a goal but at the minute it’s all about the team and getting those three points.

“Thankfully, we got both on the same night which was nice. Having got our first win of the season, you come off and you end up doing TV straight away.

“You don’t get to have that initial first five minutes in the dressing room. You go back in and everyone is still sitting there, the manager has not spoken.

“I think everyone was relieved, but no-one was bouncing around or stuff like that. It’s three games in a week, it had finished everyone off especially the lads who had played 90 minutes every game.

“I think it was just one of those of exhaustion but also happiness. We just sat down, took in what had just happened and it was a nice feeling.

“The manager had his word to say and we had a team photo which was nice to top it off. Just something to have around the place and look at to remember that moment, and how that felt.”