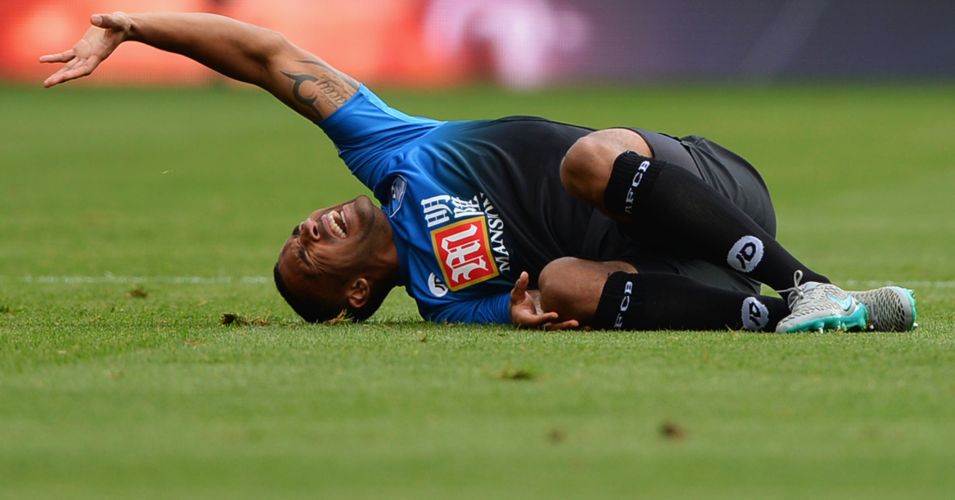 Callum Wilson has revealed that he is aiming to return from a cruciate knee ligament injury to first-team action for Bournemouth by April.

Wilson was thought to be likely to miss the rest of the season for newly-promoted Bournemouth after injuring his knee against Stoke last month.

The 23-year-old was considered as an outside bet to make England’s European Championships squad next summer after scoring five goals in his opening six games, and although such hopes have been dashed, a positive Wilson is looking to return before the end of the season.

“I’ve got my eye on April time, hopefully with good rehab and keeping everything else like my diet in shape I can make a return before the end of the season,” he told Sky Sports.

“You get frustrated when you see results and you see the team play. You want to be a part of that – but you have to be upbeat to make sure that it has a positive effect on your rehab.

“I just think it’s just a bit of bad luck really. I’ve worn the same boots that I’ve had for a number of years and other people who have had the same injury have as well. I think the pitches are getting harder – but I don’t think it’s anything specific.”

“I don’t think you will lose your speed from an injury like this I think it’s career interrupting rather than career ending so it’s something I’ll focus on during my rehab and hopefully it’ll be the same.”