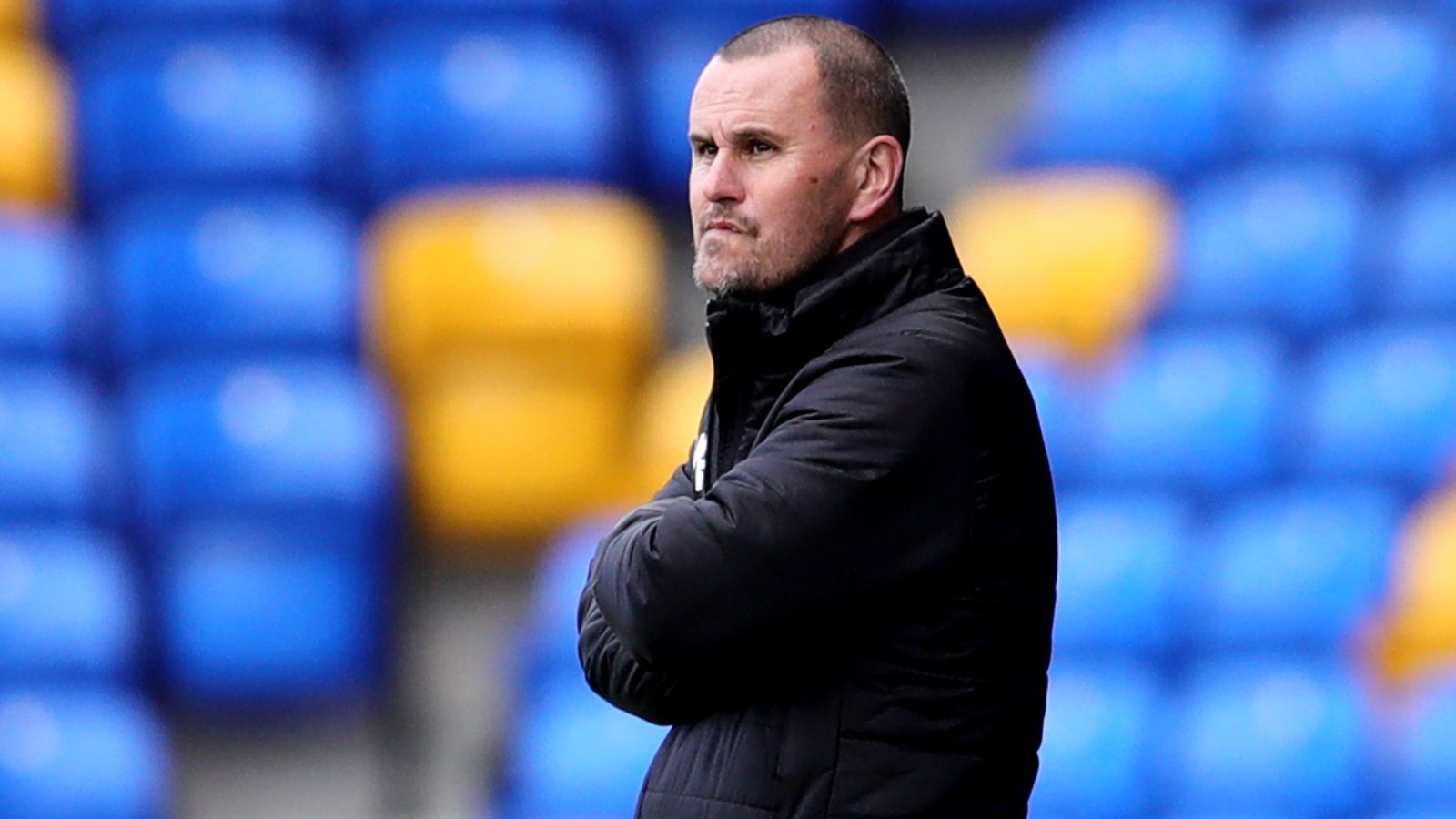 It was inevitable the moment AFC Wimbledon’s decision-makers gave head coach Mark Robinson the perennially prefixed ‘dreaded’ vote of confidence that he would not be long for the Plough Lane dug-out. But even by the standards of such a backing this was a swift U-turn; just four days separated that vote of confidence and the end of Robinson’s 18-year association with the London club.

Something of a reluctant manager when taking the post, both Robinson and the Dons knew there was no going back when a successful stint as caretaker boss following Glyn Hodges’ dismissal became a permanent deal in February 2021. Just over a year later, Robinson and Wimbledon are no more. His association with the reformed Dons has been almost as long as the club’s history. Taking results and their League One status out of the equation for a second, this will not feel like the same club without the long-serving icon.

If it is hyperbole to claim cutting Robinson open would result in an outpouring of yellow and blue blood, there is no denying what an impact he and the club have had on each other. With the Twitter handle @AFCWRobbo used by the man who performed admirably in so many roles across the football club in various youth and reserve team positions, Robinson will look back on a professional career well spent over the best part of two decades with a club he loved.

What comes next for him is uncertain but Wimbledon can hardly afford to get their next step wrong. They have been amongst the favourites for relegation almost every season since the club’s ascent into League One six years ago. Indeed, they are yet to finish above 15th in the third tier of English football and won’t top that this term either. Instead, finishing anywhere above the dreaded dotted line of relegation is what matters now.

As of the time of writing, no caretaker has been announced, suggesting a firefighter appointment is on the way from outside the club to stem the flow of five straight defeats and bring a much-needed first victory – and more – since December to carry the club to a seventh successive season at this level. Fail to achieve that and casting aside a manager with genuine passion and love for a club rooted in its community and phoenix from the ashes story will look like a mistake.

But there is no longer room for sentiment in a relegation battle of this magnitude. Some would argue Wimbledon’s board have shown too little in ridding Robinson from the hot seat while others will posit that Robinson was shown far too much during a winless 2022 which leaves the club in a perilous position with less than a month of the season remaining.

The finger of blame from within the club’s support and those in the know does not point squarely at Robinson. The limitations which have plagued the club’s 20-game winless run were obvious when the 48-year-old took the big job. The oft-echoed sentiments are of players letting their manager down and the board of directors even more so. If the club do survive in League One this season, it will likely be by accident rather than design.

A lack of joined-up thinking is evident. Late last week, the club issued a statement reiterating their belief in their manager. ‘With the right support and structure around him, Robinson is the right man to remain as our Head Coach. The players and staff have absolute belief in his ability to turn things around.’

A 1-0 home defeat two days later to mid-table Cambridge United courtesy of an Adam May wonder strike brought many positives, but no more points to the club’s ailing survival strategy. Wimbledon have not sold their soul to stay up, but the decision-makers have reached a fork in the road and opted to go down the less romantic route. If it pays off and the club is still playing at this level this time next year, few in this corner of the capital will complain. Suffer relegation and the perfect man for the job would almost certainly have been the man who has just been dismissed. Perfectly suited to moulding a new style of play and getting a fanbase to unite behind him, Robinson will benefit from working with a club not suffering from the constraints of a relegation battle.

Unfortunately for him and the club, that is right where the Dons are now. They are one of six teams trying to avoid the four relegation spots, in the worst form of all, and have played a game more than Fleetwood directly above them with a point less than the Cod Army to their name. Safe to say, it’s not looking good.

But what could hit worse than the humdrum of potential relegation and bad results is the end of a true romance. There is not enough of it in football. In an ideal world, Robinson would return to the relative obscurity he came from in one of his many previous roles with the club at Kingsmeadow and their current home. We have never been more aware that this is not an ideal world and once he took the big job, it was all or nothing. After the all of keeping Wimbledon up last season, the nothing has crept up on all involved.