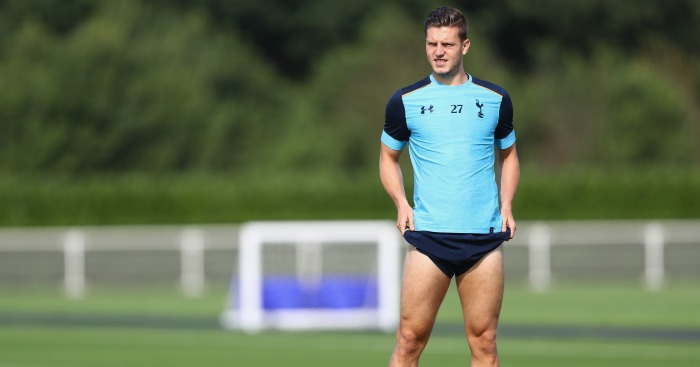 Kevin Wimmer admits he is “down on expectations for this season” after struggling to break into Tottenham’s first team.

However, the 23-year-old has made just one appearance this season, in the League Cup victory over Gillingham.

“After last season, where I played towards the end quite frequently, I’m already down on other expectations for this season,” he told Austrian newspaper Kleine Zeitung.

“That [my injury] has taken me back a bit. It is difficult at the moment but I am patiently waiting for my chance. I try to always stay positive.

“The feedback from the club is always that they are very happy; that they see the future with me. This is very positive, but it is about the here and now.”

Despite signing a new contract in July, Wimmer has even lost out for a place on the bench to 18-year-old Cameron Cater-Vickers at times this season.

But with Spurs facing a hectic schedule as they compete on four fronts, the Austria international is hopeful he will be afforded a chance soon.

“We will see what happens in the next few weeks; how much I start. We have a few midweek matches,” he added.