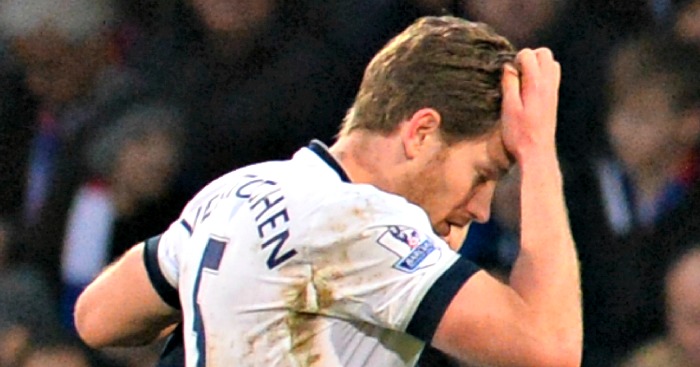 Tottenham have confirmed that defender Jan Vertonghen faces a spell on the sidelines after suffering an injury against Crystal Palace. Is it time for Kevin Wimmer?

Vertonghen, an ever-present for Mauricio Pochettino’s side this season, fell awkwardly following a ‘challenge’ by Connor Wickham and was later substituted.

The defender left Selhurst Park on crutches and, after undergoing a scan, has now been ruled out for the foreseeable future.

Our medical staff will continue to monitor his progress during his rehabilitation to determine when he will be ready to return to training.