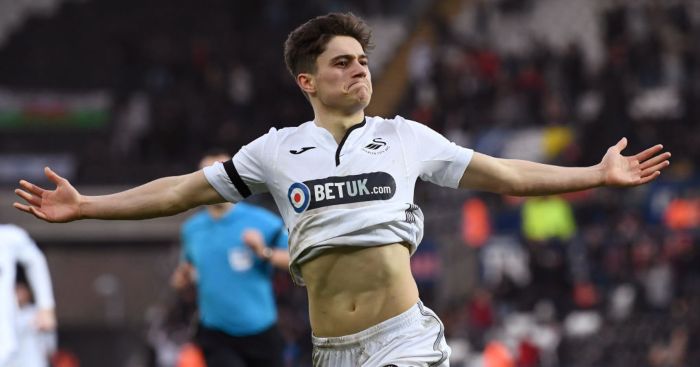 Manchester United are set to make their first signing of the summer after Daniel James arrived at the club’s training complex to undergo a medical.

United identified Swansea winger James as the solution to their right-sided problem, with Ole Gunnar Solskjaer eager to infuse pace, trickery and youth into the position.

The club had hoped to sign James for as low as £10m, but had their hands forced by apparent interest from Monaco.

#mufc are close to signing Swansea winger Daniel James, who is having a medical today. First signing of the summer for Ole Gunnar Solskjaer

The Daily Mail say James arrived at the club’s Carrington training ground at 7.30am on Thursday morning to conduct his medical, with Solskjaer closing in on his first signing as United manager.

Hull are due 5% of the initial fee after inserting a sell-on clause into the deal which saw Swansea sign James as a schoolboy in 2016.

He has earned two Wales caps since, scoring his first international goal against Slovakia in March.