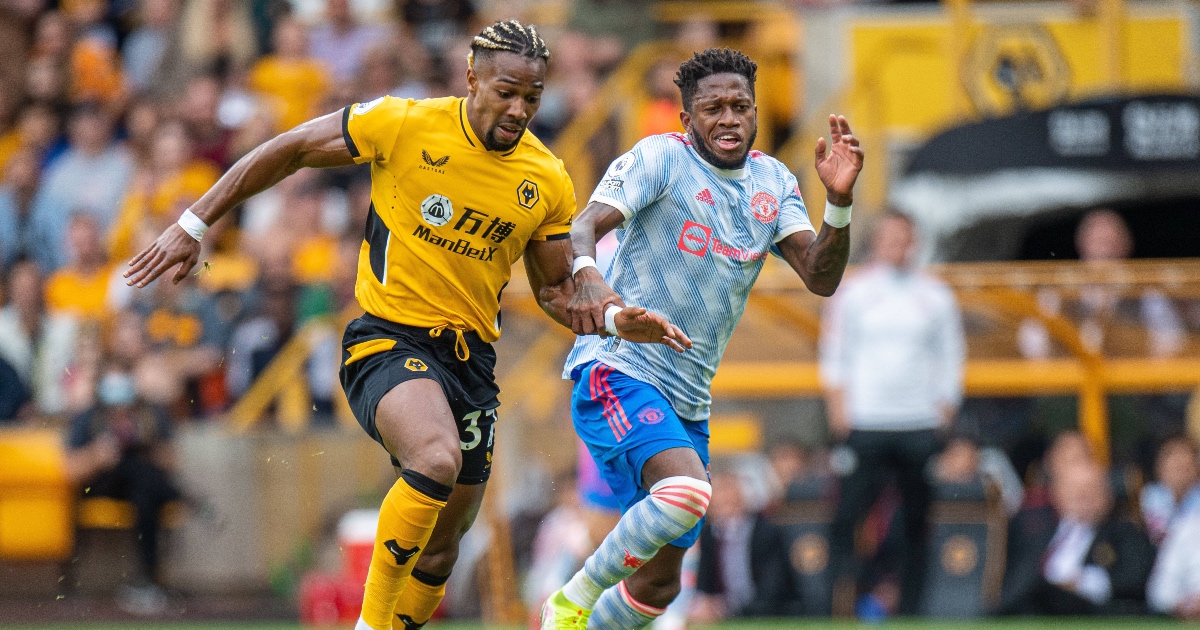 Tottenham will have to bid £50million to land Adama Traore from Wolves, according to reports.

He is instead looking to finalise a deal for Barcelona right-back Emerson Royal.

It looks like that has been accepted, as trusted source Fabrizio Romano now writes that Emerson’s medical has been completed.

Final details on the contract are now being sorted before the player is announced at the Tottenham Hotspur Stadium.

Emerson will compete with Japhet Tanganga and Matt Doherty for a starting spot under Nuno Espirito Santo.

Serge Aurier, however, is available for transfer after being deemed surplus to requirements by the manager.

Wolves, meanwhile, are thought to be looking at Lille midfielder Renato Sanches.

The player impressed at Euro 2020 as Portugal reached the last 16 of the tournament.

He could be taken to Molineux on a season-long loan, although the transfer is currently ‘hanging in the balance’ according to Ornstein.

There is a deadlock between the two clubs over a loan fee and who will pay the majority of Sanches’ wages.

The 24-year-old is currently recuperating after undergoing surgery on a knee problem earlier this month. He is expected to return in late September or early October.

On the transfer, Ronaldo said: “Manchester United is a club that has always had a special place in my heart, and I have been overwhelmed by all the messages I have received since the announcement on Friday.