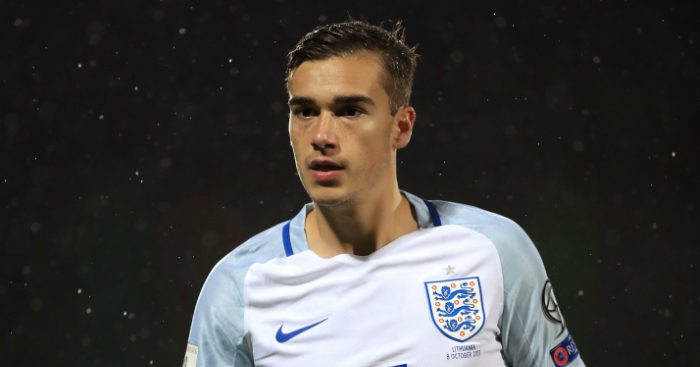 Gareth Southgate was “pleased” with England’s 1-0 win over Lithuania to round off their undefeated World Cup qualifying campaign.

England will go to Russia 2018 having gone unbeaten in their qualifying group, with Harry Kane’s penalty handing them victory over Lithuania.

We rated the players in Vilnius, with few truly impressing in a new-look side. Kane’s Tottenham teammate Harry Winks was one of the positives on his senior debut.

“Well, pleased with some aspects of it,” Southgate said, having handed Winks, Harry Maguire and Aaron Cresswell their first England starts.

“We obviously gave three full debuts and an opportunity to some players that we wanted to see. I think that also kept the motivation of the team high. There were enough players with a point to prove.

“In many aspects we moved the ball quite well. I was very pleased with Harry Winks in that respect.

“For me, one of the big things when you play for England isn’t necessarily the opposition, it’s whether you can handle wearing an England shirt.

“I thought he did that in a really accomplished way. Looked confident, looked composed, tried to play forward when he could, so that was a real positive.

“We just lacked a bit of quality around the final third and it has been a familiar theme in this qualification campaign, really.

“The challenge is you play a packed defence who don’t even come out at 1-0 down. We have to find a way to combat that.

“Today, again, we didn’t manage to do that. I think it was right to look at the front three that we did and I think those three and the likes of (Raheem) Sterling, (Adam) Lallana, (Jesse) Lingard, (Jamie) Vardy, we have got some good attacking players and feel we will score goals.”