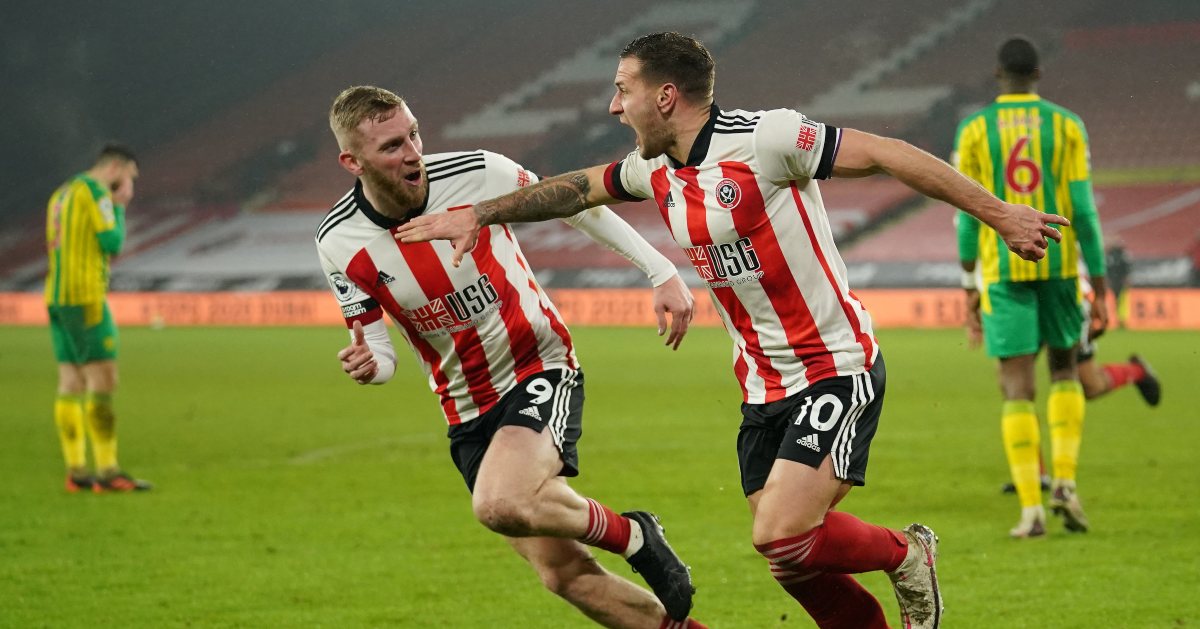 There’s no doubt that it was a motivation. “The lads 100 per cent don’t want that tag. I don’t want the embarrassment of being remembered for the wrong reason at Sheffield United after seven or eight years at the club,” said Chris Basham on January 1 as he pondered Derby’s 11-point record, which looked a very real – even inevitable – possibility after the Blades had ended 2020 with just two points from their first 16 games of the season.

The change was not immediate; the very next day brought defeat to Crystal Palace that saw a different, unwanted Premier League record set at 17 games for the longest winless start to any season. But then came a scratchy FA Cup win and then victory over a truly rotten Newcastle side. We had lift-off and suddenly, that 11-point target became a reasonable one. That it was achieved by February 2 is now quite extraordinary, leaving the Blades to focus on the next target – getting off the bottom of the table.

That particular quest has been helped by the latest of their three Premier League victories coming against the abject West Brom, who are easily the worst side in this division by every measure barring points. Last week, Sam Allardyce was left with only hope, but just one point against Fulham and Sheffield United has surely now left him with none. From 19th, 18th would seem a reasonable target, and on the current form of both clubs, the Blades could be within five points of Newcastle with ten games left to play. At that juncture they would not be odds-on to survive, but they would certainly have the kind of fighting chance that looked ludicrous on January 2. From 1/20 relegation favourites to 1/9 second-favourites in a month might sound like the smallest shift but it’s a shift from f***ed to probably f***ed and that is massively significant.

The most extraordinary facet of this entire season is that even when the Blades were hurtling towards the ignominy of a sub-11-point total, nobody seriously considered that another manager could do a better job than Chris Wilder. If this set of players was going to get to 11 points, get off the bottom or even vaguely target actual survival, Wilder had to remain the manager. There was no talk of drafting in firemen because there were no flames, just a lot of small margins that always seemed to fall in favour of the opposition. The emphasis was always on the miracle of 2019 rather than the disaster of 2020.

Against the Baggies, Wilder showed his worth again. At 1-0 down, he did not ask them to come from behind and triumph for the first time this season; he demanded it. He delivered a rollicking that led to United being braver and taking risks. Faint heart never won fair lady and faint heart never won a fair crack at survival either. “I am a demanding manager and they have to produce and to be fair to them in the second half they did that,” said Wilder.