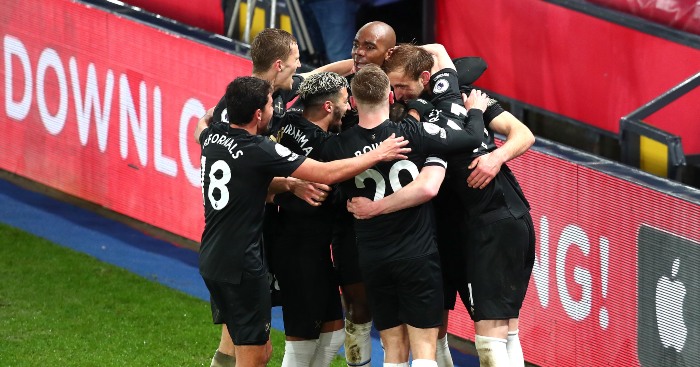 “Part of a manager’s job is raising expectations at a football club but I am trying to keep things steady. I want to be ambitious and in and around the top,” said West Ham manager David Moyes, surveying the table from the lofty heights of fourth place. And this is not a false fourth place in a season of low points totals and confusing narratives; their 35 points from 20 games exactly matches Frank Lampard’s Chelsea at the same stage last season. And some would have you believe that Bambi pulled off some sort of miracle by keeping poor Chelsea in those Champions League places.

Steady, steadily, steadily, all in the space of about three minutes of a conversation with journalists who understandably wanted to prod something less steady out of the Scotsman – a promise of Champions League football perhaps, or a shot across the bows at bigger clubs who would never employ Moyes after the failed experiment of his promotion at Manchester United. But no, they were given what we absolutely should expect from the West Ham manager: Staunch steadiness.

And that’s not to denigrate that notion, which is exactly what West Ham obviously needed after years of trying to fast-track their ambition, making grand and often ill-considered plans that threatened to place them permanently in the ‘joke club’ basket. Will they finish fourth? Probably not. Will that be failure? Will it balls. After eight seasons of Premier League football which has seen them finish between 10th and 16th on all but one occasion, two successive years of finishing in the top eight should be the realistic ambition. That has not happened since the days of Harry Redknapp.

David Moyes, with a limited squad, has every single player at it. I can’t remember the last time I could say that about West Ham. Big Sam in the Championship? Even in the brief, joyous days of Payet, when all boats rose with the tide, it wasn’t a combined effort like this 👏⚒.

This week could not possibly have gone better for West Ham, with Frank Lampard’s sacking not only bringing large, salty portions of schadenfreude but the receding possibility of Declan Rice leaving the club this summer. Buoyed by the success of Aston Villa after keeping hold of the similarly prohibitively priced Jack Grealish, the Hammers can tentatively plan to keep all their assets and add rather than subtract players worthy of an elite club. And Jesse Lingard. Tomas Soucek has only been bettered by Bruno Fernandes as a January 2020 signing while Said Benrahma is growing into his role behind Michail Antonio after his summer loan switch.

Although Moyes has predictably built his defence on experience, the five players stationed between Craig Dawson and Antonio have an average age of 24. That bodes well for the future, whether you measure success in terms of league position or sell-on value. It seems an awful long time since captain Mark Noble was so incensed by the sale of Grady Diangana. It seems he can join most of us in being utterly wrong about the direction of travel at West Ham.