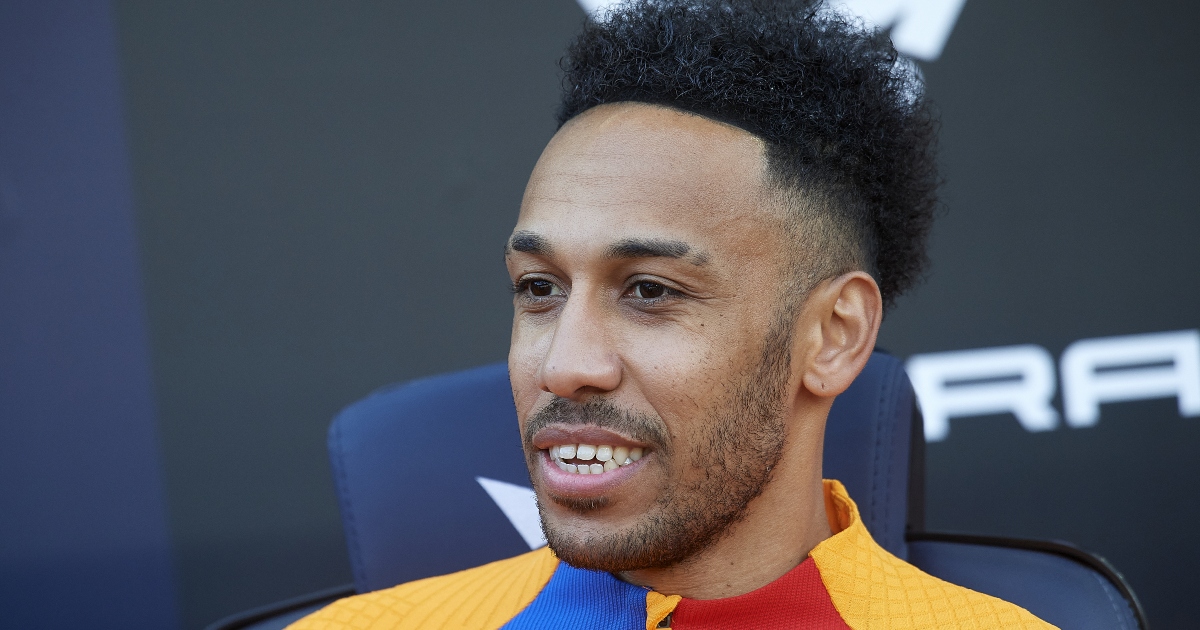 Nigel Winterburn says if Arsenal miss out on the top four this season he will put it down to Pierre-Emerick Aubameyang’s departure last month.

The Gabonese striker fell out with Gunners manager Mikel Arteta following a disciplinary breach in December.

Aubameyang was stripped of the captaincy and forced to train on his own before joining up with the Gabon squad for the Africa Cup of Nations.

After returning early from AFCON due to Covid-19 complications, the 32-year-old was then omitted from the team’s training camp squad for their trip to Dubai.

He left Arsenal on deadline day, joining Barcelona, with Arteta deciding not to sign a new striker in the January transfer window.

This leaves the Spaniard very short up top with his only first-team options being Alexandre Lacazette and Eddie Nketiah, who are both out of contract at the end of the season.

With a top-four finish in the club’s sights, Arsenal legend Winterburn believes if they miss out on Champions League qualification, it will come down to the fact Arteta let Aubameyang leave.

Arsenal will be with Aubameyang forever ❤️ pic.twitter.com/aczNjHQ6de

“Everyone is scratching their heads over Pierre-Emerick Aubameyang’s departure from Arsenal,” the ex-defender told Paddy Power (quotes via the Express).

“We’ve heard parts of the story from two or three different sources, but we don’t have the full picture from both sides.

“Could both Aubameyang and Arsenal have dealt with it better? Yes, probably.”

Winterburn continued: “It feels as if Aubameyang was the captain and then something went awry. Him losing the captaincy wasn’t based on a one-off issue – there were several.

“Mikel Arteta decided that ‘enough is enough, you’re the captain of this club and I am trying to lead a young team, and it’s not acceptable’.