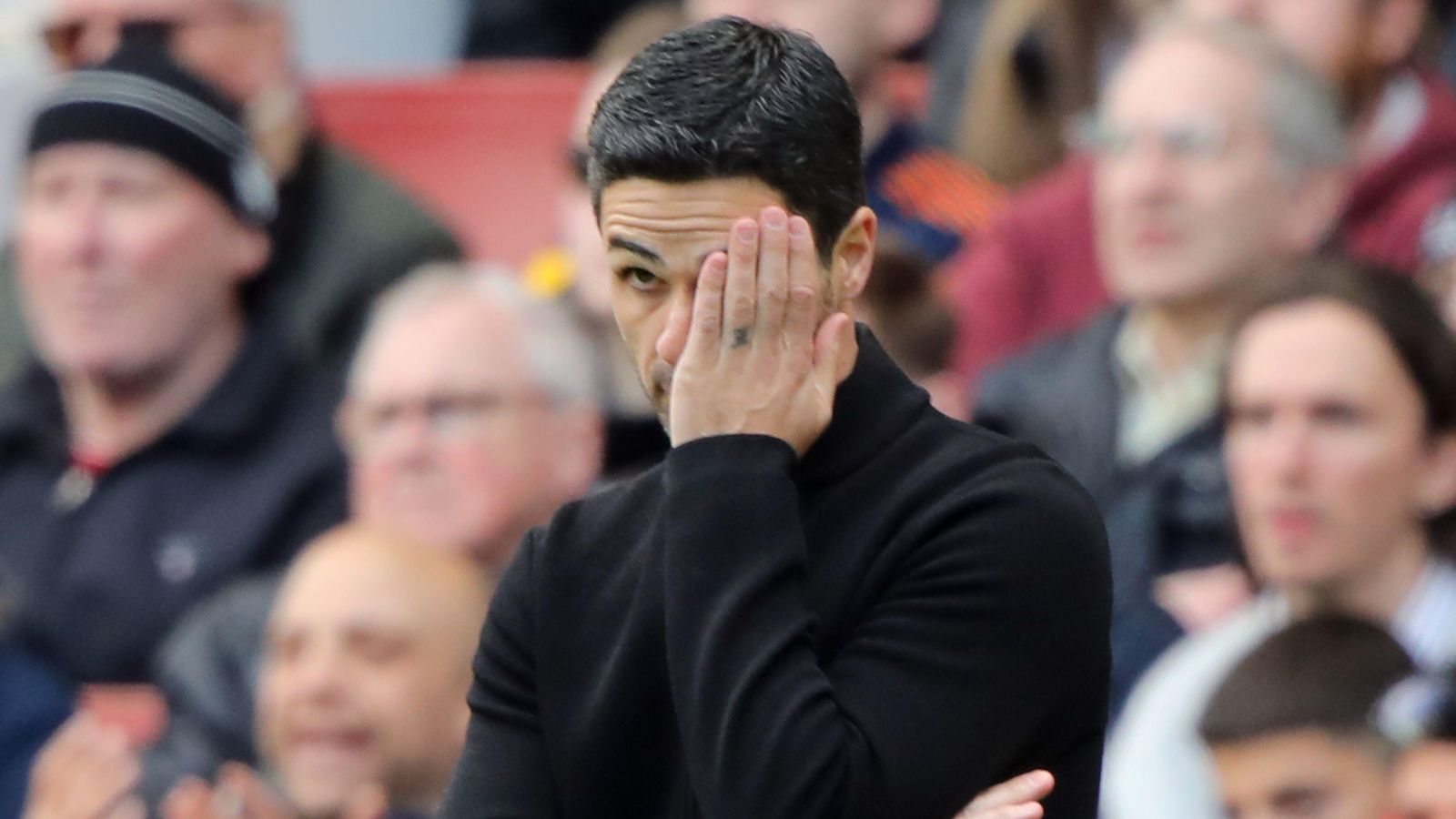 Nigel Winterburn thinks the poor form of Nuno Tavares means he is no longer a “viable option” for Arsenal boss Mikel Arteta.

The Portuguese left-back was hauled off at half-time in the Gunners’ 3-0 loss to Crystal Palace at Selhurst Park ten days ago.

That came after Tavares put in another poor display against Nottingham Forest in his last start back in January, lasting only 35 minutes before being substituted.

The ‘worst’ Big Six XI of the Premier League season

Instead of playing Tavares at left-back against Brighton last weekend, Arteta decided to deploy midfielder Granit Xhaka there instead.

And now Winterburn doesn’t think Tavares can be trusted to fill in for the injured Kieran Tierney, who is likely to miss the rest of the season.

“I just don’t think he fully understands the complete role of a fullback and I think there’s a lot more he needs to learn defensively in terms of the situations he puts himself in,” Winterburn told the Daily Mirror.

“He needs to learn that side of the game very quickly and get back to the form going forward that he showed earlier in the season. The problem is when you’ve had a couple of games like the ones he’s had, then your confidence just drops so quickly.

“You can also lose the trust of the supporters, so it makes it difficult to come back when that happens.”

Winterburn added: “It’s hard to say what’s happened when you’re looking from the outside, but it seems his level of performance has dropped.

“I’m not sure if that’s down to the amount he’s played or if it’s a confidence issue.

“For me, I don’t see him at this minute in time as a viable option for Arsenal due to his performances. He played well in certain games at the start of the season when [Kieran] Tierney was out injured.’”

Meanwhile, John Barnes thinks that the youthfulness of Arteta’s Arsenal side could hand Tottenham fourth place in the Premier League this season.

Barnes told BonusCodeBets: “Arsenal have a relatively inexperienced side. A month ago, I would have said they were favourites for the final Champions League place, but we were probably all quite naïve in thinking they had turned a corner after they started to win matches.

“They’re still a young and inexperienced side, but the future is bright for Arsenal and the more they stick with Arteta and the young players [the better they will get], they’ll be just fine.

“Tottenham – with Antonio Conte, Harry Kane and Heung-Min Son have a bit more know-how and they are ahead of Arsenal in that respect.

“That said, we can’t write off Manchester United but between Arsenal and Tottenham right now, Spurs are slight favourites.”