David Moyes is 'not short of offers' and claims his reputation has been enhanced, despite being sacked. 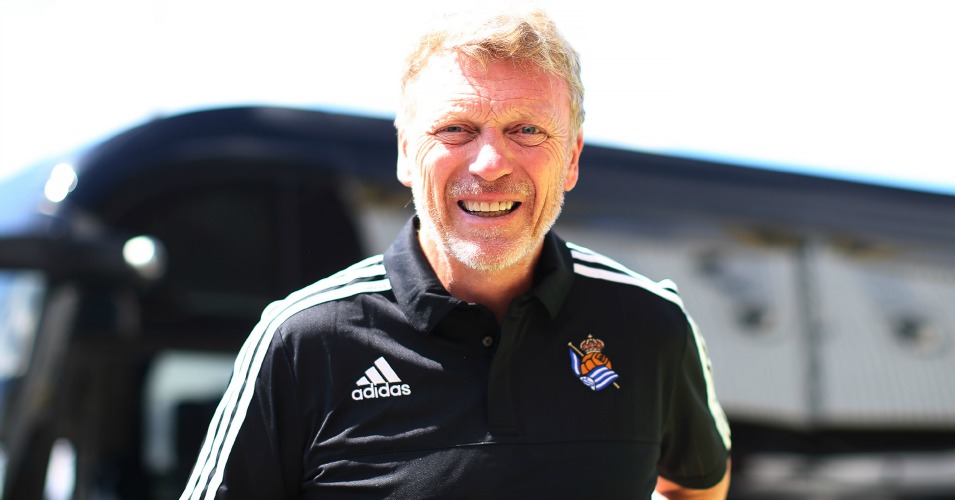 David Moyes believes his reputation has been enhanced despite being sacked by Real Sociedad and claims he is ‘not short of offers’.

The former Everton and Manchester United boss lasted one day short of a year in San Sebastian, with the La Liga club opting to axe the Scot after a poor start to the season.

Despite being dismissed in his last two jobs at La Real and Old Trafford, Moyes believes he is a more attractive proposition for employers and says he is ready for an immediate return to management should the right opportunity come along.

Moyes told The Sun: “Has my reputation taken a battering? No.

“It should have been enhanced because I now have a knowledge of the Spanish players, the Spanish league and a lot more idea of a different style of play.

“I think my peak years are still to come. I was a young manager at Everton and had 11 great years there.

“I followed Sir Alex at Manchester United and took a risk by going to Spain, to experience something new, a different culture.

“So wait a minute, let’s put this in perspective. Is this someone who is trying to challenge themselves? Trying to develop?

“So I hope the best years are to come. I think with more experience I’m probably wiser, calmer.

“You hope you’ll be able to use your knowledge a bit better. I certainly now see myself as a more experienced manager and better for the experiences I’ve had.”

Moyes claimed he turned down numerous Premier League roles while he was in charge of Real Sociedad and the 52-year-old says he has not been put off the idea of working abroad again.

He added: “I’ll wait for something that excites me. It could be here or abroad.

“It just needs to be something that feels like a challenge I want to get hold of.

“It’s a different world we’re in now. I don’t think managers have the opportunity to think in terms of a long-term vision for a club. But I need something that excites me.

“I’m happy to have some time off but I’m also ready to go.

“If someone wants me to work tomorrow and it feels right, then great. But I need to choose wisely.

“That said, I believe I’ve always chosen wisely with all my jobs.

“At the moment I have opportunities to go abroad. I’m not short of openings.”