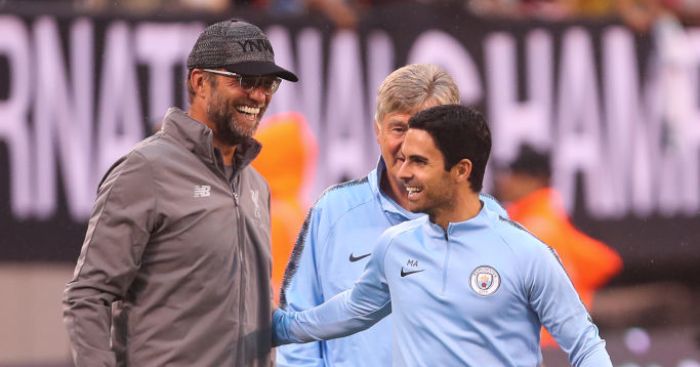 While it’s been a long wait, we now have a firm date for when the Premier League is set to restart. It’s been announced that the 2020 season will continue on June 17th, which means in total, we’re looking at about a three-month layoff after the league was paused on March 13th.

The first wave of games will come to us on Wednesday, June 17th with Aston Villa taking on Sheffield United and Manchester City taking on Arsenal. As you might recall, all but four of the teams in the Premier League had played 29 games, so the four that are first in the restart are the quarter that is on 28. The rest of the teams will fire things up on Friday, June 19th through Sunday, June 21st.

As for the second contest, Manchester City is a sizeable 1.36 favourite over Arsenal, who comes in at 8.00 with the draw at 5.00. Manchester City is currently second in the table with 57 points while Arsenal is a disappointing ninth with 40 points. Arsenal has not been a reliable road team as they have just two wins in their 13 away games. Meanwhile, Manchester City is 9-2-2 at Etihad Stadium.

For anyone who has been following the English Premier League this season, it’s clear who the best team has been: Liverpool. You need to look no further than the standings table to see that they’ve been head and shoulders above everyone else. Currently, Liverpool is in first with 82 points having played 29 games. Manchester City is in second place and while they’ve played one less match, they are still 25 points back with 57 points.

That being the case, there are only two teams in the race to win the league outright and the odds look like this:

Of course, anything can happen – especially after such a long layoff – but remember that there are just nine games remaining. Manchester City would have to win virtually every single remaining game and see Liverpool win no more than once for them to come back and win it all. Considering Liverpool has just one loss (and one draw) in 29 games this season, it figures to be quite unrealistic to expect them to go into the tank and blow this.

Odds on which teams will finish in the top four, top six

Since the race for the top spot appears to be a foregone conclusion, there are a number of online sportsbooks that have odds on which teams will finish both in the Top Four or in the Top Six. Of course, this gives you a bigger window of opportunity to win and it is also a more interesting race at this point than the one for the top spot in the league.

While Liverpool and Manchester City hold the top two spots right now, Leicester City is in third with 53 points, Chelsea is in four with 48 points, Manchester United is fifth with 45 points and Wolves are in sixth with 43 points.

Taking a look at the bottom of the table, it’s Norwich that’s favoured to finish with the fewest points this season. They’re in great shape to be relegated and they’ll need some kind of a run in these final nine games if they’re to stay up.

Norwich actually had a little bit of momentum going into the pause as they had won two of their final three games. They beat Leicester City on February 28th as a 13/1 underdog in what was one of the most stunning results of the EPL season. Then they beat Tottenham in FA Cup action before losing to Sheffield United in their final game before the break. They’ll have a couple of manageable opponents in front of them when they return to action as they’ll host Southampton, who is 14th in the standings table and Everton, who is 12th. 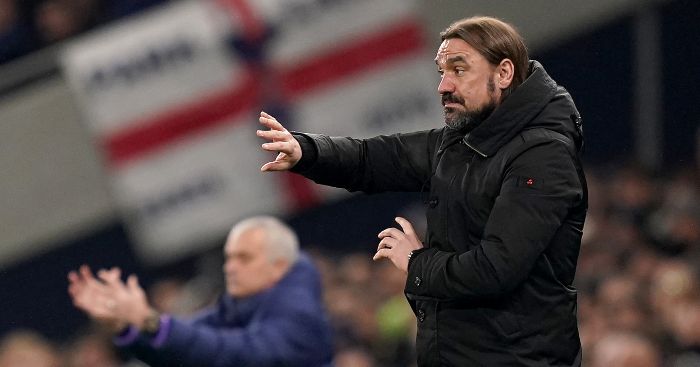 If relegation was determined by the current standings, Norwich, Aston Villa and Bournemouth would be the three teams that are sent down. We’ve touched upon Norwich as they have a big hole to get themselves out of but Aston Villa will have to look like a different team if they want to avoid being sent down too. Heading into the hiatus, Villa had lost four in a row – including a 2-1 loss to Bournemouth, who is one of the teams ahead of them in the standings. The one thing Villa has going for them right now is that they’ve played one less game than all of the other teams who are fighting to avoid relegation, so that’s one small edge they have.

Speaking of Bournemouth, they had a little bit of momentum before the break – at least by their standards – as they two wins and a draw in their final six matches. When you consider that they had picked up just 20 points in their first 23 contests (0.87 per match), the fact that they picked up seven in their final six matches (1.17 per match) was quite the turnaround. We’ll have to see if they can regain that impetus. They’re currently tied with Watford and West Ham in the table as all three teams are on 27 points.

Taking a look at the latest relegation betting odds, it’s Norwich who is clearly favoured to be relegated as their odds are currently 1.07. Next up is Aston Villa, who is at 1.40 and Bournemouth, who is at 1.80.

It’s interesting to note that West Ham is at 3.00 and Watford is at 3.50 because – as mentioned – both teams are currently tied with Bournemouth on 27 points. Each of those three teams has one win, one draw and three losses in their final five games entering the pause.

Watford has had a tough time with goals this season as their 27 tallies as a team are the second-fewest in the EPL. Meanwhile, West Ham has had trouble at the other end of the pitch as they are one of just four teams that has allowed at least 50 goals this season. Southampton, Aston Villa and Norwich City are the other three to have done so.

Teams like Brighton, who are on 29 points, are not out of the woods. They’re up on the boards with odds of 3.75 to be relegated. Meanwhile, Newcastle is on 34 points and is at 13.00 in terms of the odds. They’re clearly a longer shot to slump down the stretch and fall into the relegation zone.

As we get back to business, it’s Jamie Vardy of Leicester who currently leads the PL in goals scored, which is why he’s favored at 3.25 to finish that way. However, Mo Salah of Liverpool has 17 goals and Pierre-Emerick Aubameyang of Arsenal both have 17 goals, and Sergio Aguero of Manchester City has 16 goals, so they are still withing striking range.

Flipping back to the odds, it’s Aubameyang who is second in line in terms of the betting lines as he’s at 5.00 to finish as the league’s top goal scorer while Aguero and Salah are at 6.00. Salah’s teammate, Sadio Mane, is at 15.00 while on 14 goals, but it’s unclear how much Liverpool will push everyone if they secure the league title with another win or two.

It’s worth noting that Vardy started the season off quite hot but had mostly cooled off of late. He had 16 goals in his first 16 matches but had just two in his final eight before the break.