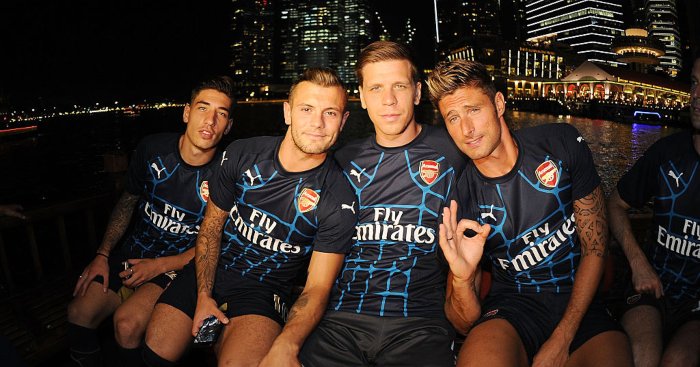 Goalkeeper Wojciech Szczesny has revealed the truth over a smoking incident that followed his final match at Arsenal.

The Poland international was caught smoking in the Arsenal dressing room shower after the Gunners lost 2-0 to Southampton on New Year’s Day in 2015.

Szczesny, who now plays for Serie A side Juventus, was subsequently fined and dropped by Arsene Wenger before joining Roma on loan for two seasons in the summer.

FEATURE: Will you join thousands at the football ever again?

“Back at that time I was smoking regularly and the boss knew it very well,” Szczesny told the Arsenal Nation podcast.

“He just didn’t want anybody smoking in the dressing rooms and I knew that also.

“Because of the emotion of the game, I had a cigarette after the game when the team was still in. I went in the corner of the showers, so it was at the other end of the dressing room and nobody could see me, and I lit one up.

“Somebody saw me, it wasn’t even the boss himself, and just reported it back to the boss. I saw him a couple of days later, he asked me if that was true and I said, ‘yes’. He fined me and that was the end of it.

“He then said, ‘Look, you’re going to be out of the team for a little bit’ but there was no big bust-ups or big confrontations. I was very professional about it.

“I was fully expecting to be back in the team a few weeks later but we had a good run of form and David Ospina, who came in goal, played really well for those few games. He stayed in.

“That meant I was waiting and trying to win my place back in the team, or trying to convince him that I was still the best goalkeeper at the club by going out on loan. That sounds strange but sometimes it’s the best way of doing it.”