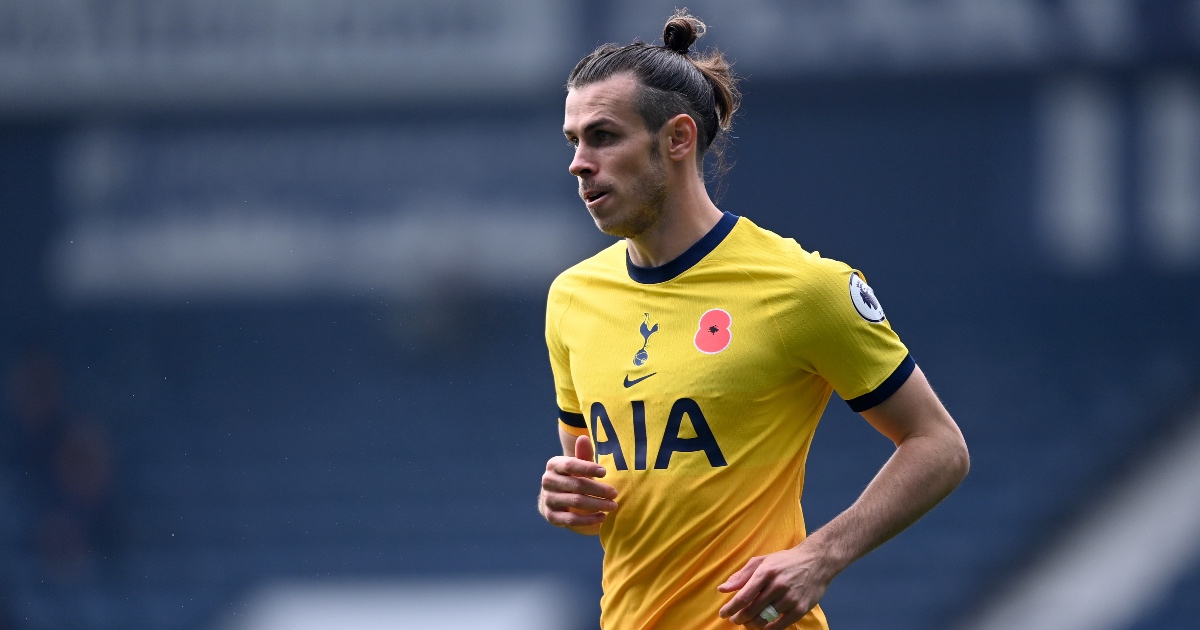 Gareth Bale reminded Tottenham of what he can offer as he registered a goal and an assist in a 4-1 Europa League win against Wolfsberger AC.

The Wales international has been a shadow of his former self since his loan return from Real Madrid and looked to have fallen out with boss Jose Mourinho last week after making himself unavailable for the game at Everton.

But he was restored to the side for the last-32 first-leg tie in Budapest and put in his best display since returning to the club, as he set up Son Heung-min’s opener and then doubled the lead with a fine goal.

Lucas Moura put Spurs further in front before the break and Carlos Vinicius added a late fourth as they put one foot in the last 16, despite the mysterious absence of top scorer Harry Kane who did not travel to the Hungarian capital.

Mourinho’s side offered the Austrians, the lowest-ranked club left in the competition, some hope as Michael Liendl scored a second-half penalty, but they should face little resistance in finishing the job in next Wednesday’s second leg.

Spurs had encountered some difficulties on away trips during the group stage and Mourinho was not taking any chances as he named a strong side, even if Kane did not make the trip.

They fired an early warning in the opening five minutes as they hit the Austrians – forced to make a six-hour coach trip to Budapest – on the break and could have led.

Son won possession and darted towards goal, but with Dele Alli and Bale both free he opted to shoot, with his effort curling just wide.

The reprieve was short-lived, though, as Son got his goal in the 13th minute.

A good move saw Matt Doherty play in Bale and the Wales international picked out Son, who headed home into the far corner for his 18th of the season.

This was a big opportunity for Alli, who was handed his first start since clear-the-air talks with Mourinho, and he took it with an impressive showing in the number 10 position.

A sublime piece of skill almost saw him get on the scoresheet as he nutmegged a defender and got a shot away but goalkeeper Alexander Kofler made a block, with Eric Dier heading the resulting corner over.

Spurs were looking a threat every time they came forward and doubled their lead just before the half-hour as Bale announced himself with the best piece of play since he returned to the club.

Doherty again played in the Welshman and he cut back inside onto his left foot, leaving Jonathan Scherzer for dead before lashing a shot into the far corner.

Hugo Lloris had earned some criticism for costly errors in recent matches, but he reminded everyone of his shot-stopping ability to keep his side’s 2-0 lead intact.

The France captain produced an acrobatic one-handed save to tip Dario Vizinger’s header onto the crossbar.

And two minutes later it was 3-0 as Moura produced a superb solo goal.

The Brazilian picked up the ball on the left and danced past three players into the penalty area before firing low into the bottom corner.

Bale was looking sharper than at any other point so far this season and could have scored a second soon after the restart but his low shot after a jinking run was kept out by Kofler.

Spurs then allowed Wolfsberger a route back into the tie as Moussa Sissoko needlessly clattered into Christopher Wernitznig and Liendl converted from the spot.

They were unable to recreate their free-flowing verve from the first half and the woodwork came to their rescue again soon after as they were cut open and Wernitznig’s shot hit the underside of the crossbar and bounced clear.

Mourinho’s men killed the game in the 88th minute as Vinicius, a half-time substitute for Son, poked home from close range after Erik Lamela had glanced on Pierre-Emile Hojbjerg’s cross.