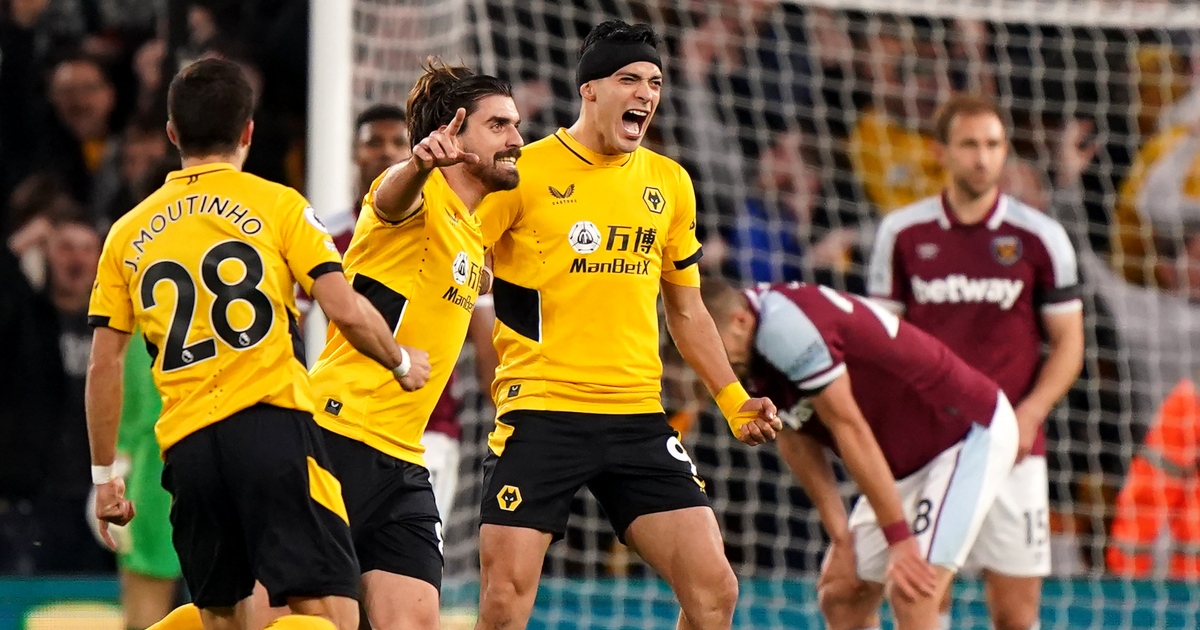 Wolves have defeated in-form West Ham 1-0 at Molineux on Saturday afternoon thanks to a goal from Raul Jimenez.

Jimenez struck his third goal of the season in the 58th minute having been teed up by Daniel Podence, who had twice been denied by good Lukasz Fabianski saves earlier in the second half.

The visitors were left frustrated in their subsequent efforts to fight back as their run of four successive Premier League victories was halted with a first away defeat since April.

Bruno Lage’s Wolves, recording a fifth win in seven games, are up to sixth in the table, while David Moyes’ Hammers remained third ahead of Liverpool’s clash with Arsenal later on Saturday.

After applause rang around the ground prior to kick-off as a tribute to Ron Flowers following the former Wolves and England midfielder’s death last week, it was West Ham who made the livelier start to the contest, with Jarrod Bowen shooting into Jose Sa’s arms in the fourth minute.

Bowen then headed just wide from an Aaron Cresswell delivery, and Sa saved again as he caught Tomas Soucek’s strike.

Wolves registered their first attempt in the 20th minute when Ruben Neves drilled a low effort that Fabianski gathered, and eight minutes later Nelson Semedo put a shot wide of the visitors’ goal.

Home cries for a penalty then proved in vain after Hwang Hee-chan’s cross struck Ben Johnson on the arm, with referee Mike Dean unmoved.

Moments later, Jimenez found himself clean through but was unable to get his dinked attempt on target, and as Wolves continued to pressurise, Joao Moutinho saw a strike tipped over by Fabianski.

West Ham then had the ball in the net just before the interval but Kurt Zouma’s header was disallowed for a foul.

Three minutes into the second half, Fabianski did well to get down and turn Podence’s strike around a post, and the goalkeeper produced another fine save to thwart the Portuguese in the 56th minute.

Fabianski was finally beaten when Podence laid the ball to Jimenez, who swept the ball into the bottom corner from the edge of the box.

West Ham’s bid to hit back saw Michail Antonio and Bowen fire off-target, while Max Kilman blazed a late effort into the stand at the other end.