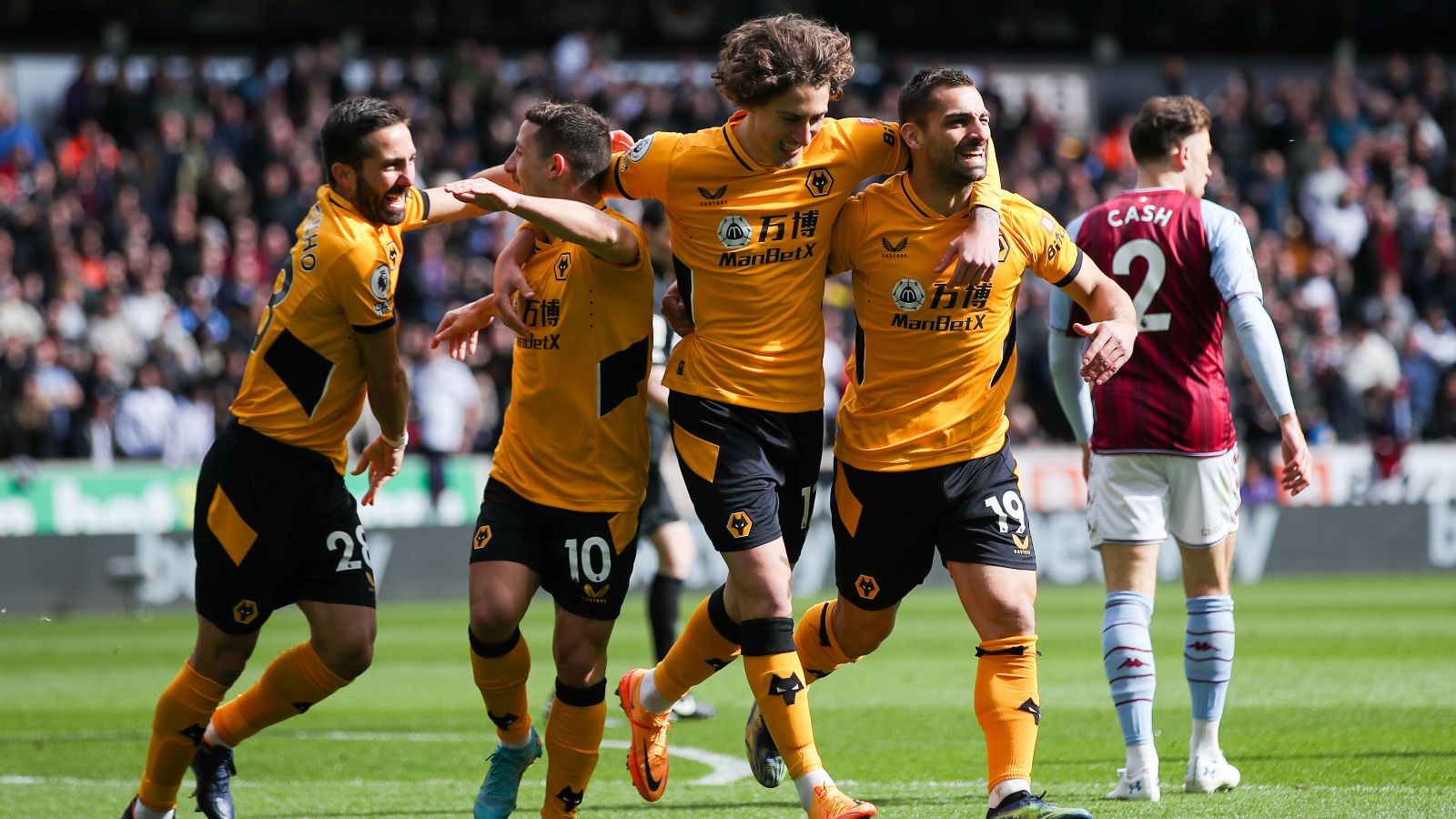 Wolves bounced back from their defeat to Leeds by beating Midlands rivals Aston Villa 2-1 at Molineux on Saturday afternoon.

Jonny’s rocket and Ashley Young’s own goal earned the hosts a win to maintain their charge for a European spot.

Ollie Watkins pulled a goal back with a late penalty but Wolves held their nerve to keep the pressure on in the race for Europe.

Villa have now taken just four points from 39 against teams above them in the top flight this season, underlining both their consistency issues and fallibility against the sides they wish to emulate.

They suffered again to slip 13 points behind their rivals, who move above West Ham into seventh to sit just two points adrift of the top five.

Without the banned Raul Jimenez and injured Ruben Neves there was a sense Wolves were underdogs but they tore into Villa to take a seventh-minute lead.

John McGinn slipped to allow Joao Moutinho to motor forward and then Ezri Konsa stumbled trying to cut out his pass to Daniel Podence.

It allowed the forward into the area and his shot was blocked by the covering McGinn. Lucas Digne then threw himself in front of Fabio Silva’s follow-up – only for the ball to fall to Jonny, who rifled into the top corner from 12 yards.

Wolves were dominant and Silva wasted a fine chance to double their lead when he shot too close to Emi Martinez after beating Tyrone Mings.

Villa then lost Digne – only just back after a hamstring issue – as their problems continued and Young replaced him.

Yet Wolves allowed Villa to sneak back into the game having lost their early ferocity and the hosts began to see more of the ball.

Leon Bailey forced a fine fingertip save from Jose Sa with a 25-yard effort but Villa were unable to make meaningful inroads into a home defence which stood firm.

It was a crucial spell as, nine minutes before the break, the hosts grabbed a second in another moment Villa will be desperate to forget.

Again they were too open, Marcal was left with too much space on the left and his cross was headed into his own net by Young.

It was another calamitous moment for Villa – who blew a 2-0 lead and conceded three goals in the final 10 minutes against Wolves in October to lose 3-2.

Leander Dendoncker then should have settled the game in first-half injury time rather than slashing the ball wide after a quick break from Francisco Trincao.

It almost came back to haunt the midfielder 11 minutes after the break when Watkins missed a glorious chance to pull a goal back.

Young’s throughball caught Wolves napping and with Sa backpeddling, Watkins ran through only to curl his effort wide.

Villa at least showed more bite but Hwang Hee-chan nearly added a third for Wolves when he dragged wide with 19 minutes left.

Philippe Coutinho, who failed to exert any influence on the game, forced Sa into a smart stop soon after and Silva then saw Martinez turn his drive over before Villa grabbed a lifeline with four minutes left.

Watkins and Sa collided, with referee Darren England controversially giving a penalty, and the England forward fired in off the post.

There was still time for Sa to turn Matty Cash’s volley wide in injury time but Villa could not complete an unlikely comeback.