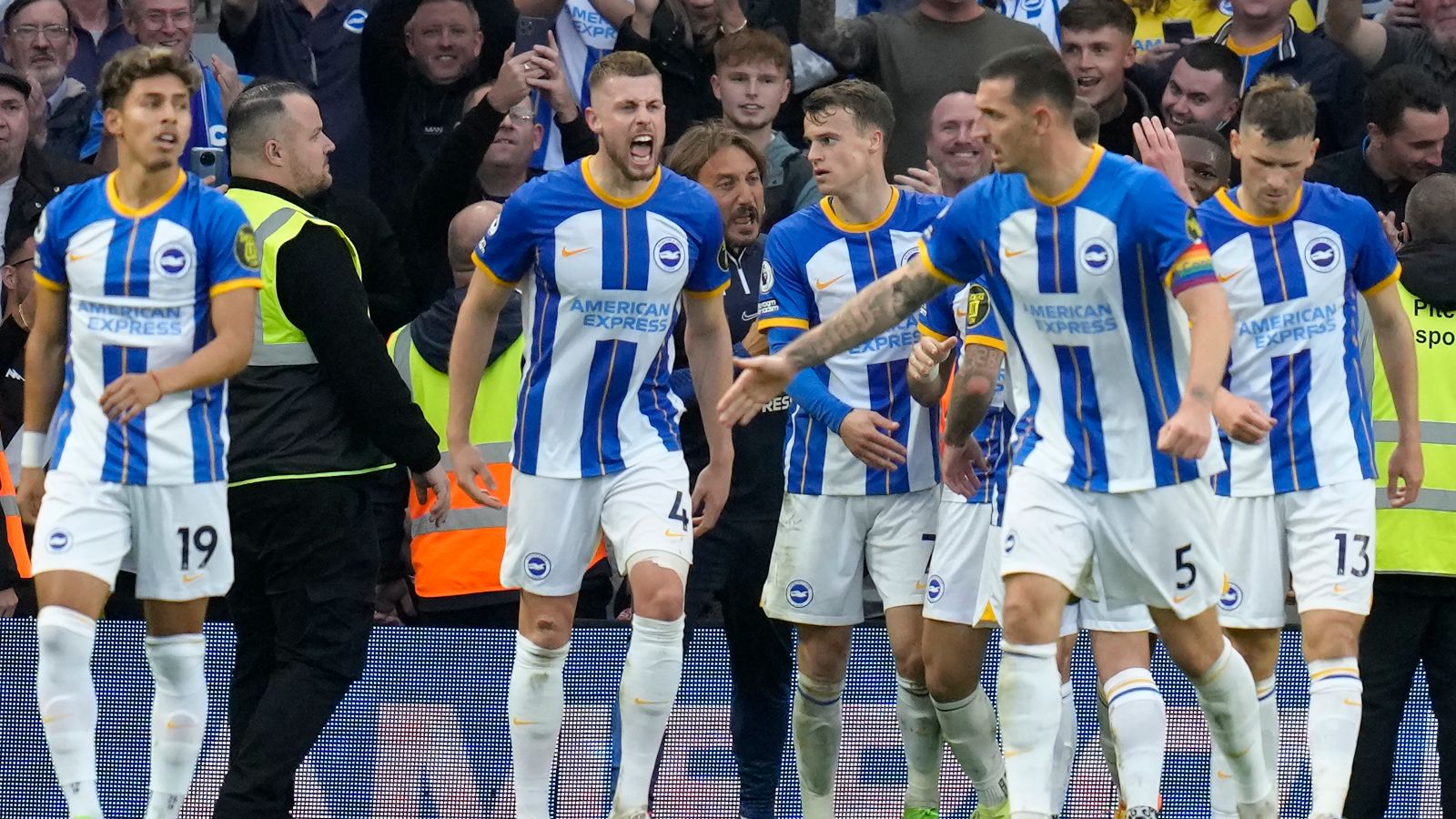 Adam Lallana provided a goal and an assist as Brighton & Hove Albion battled back from 2-1 down to beat Wolves at Molineux.

Pascal Gross’ late strike snatched the win for Brighton just as it looked Wolves could hang on for a point after Nelson Semedo’s red card.

Kaoru Mitoma levelled before Semedo was dismissed and Gross won it to maintain Brighton’s European charge and end the hosts’ stubborn resistance.

Lopetegui’s appointment earlier on Saturday stopped the limbo which was close to enveloping Molineux and threatening to do irretrievable damage to their survival prospects.

The former Spain boss is waiting for his work permit and will not arrive before Wolves break for the World Cup but he will have seen enough effort to be encouraged and enough errors to fix.

Wolves worked hard and a draw would have been well earned they but remain in the relegation zone, two points from safety, with the Seagulls sixth – just three points behind the top four.

The visitors started brightly with Lallana collecting Lewis Dunk’s searching pass to tee up Solly March. The midfielder worked space but his goalbound effort was deflected behind by Nathan Collins.

It was merely a brief reprieve for Wolves as Lallana grabbed the opener 61 seconds later.

Mitoma had enjoyed a bright opening and it was his ball which found Leandro Trossard in the area, with his cushioned pass falling for Lallana to curl in from 12 yards.

Yet if Brighton expected Wolves to cave they were mistaken and the hosts hit back within two minutes.

Boubacar Traore picked out Guedes scampering down the right and he rode Mitoma’s challenge to keep his feet and prod past Robert Sanchez.

Molineux, though, remain subdued and Trossard nearly added to the anxiety when he lifted over from Mitoma’s pass.

Brighton, confident following their 4-1 rout of Chelsea, were the more accomplished but the mood turned after half an hour when Dunk handled Daniel Podence’s cross.

The defender’s arm was raised but it still took VAR official John Brooks and referee Graham Scott five minutes to award the penalty.

Neves dispatched high past Sanchez with typical panache – it was the first time Wolves had scored twice in a league game since May.

They had only taken the lead five times this season, and held it to win just twice, so it was no surprise when they collapsed before the break.

Mitoma had been a livewire and he levelled after 44 minutes, rising above Semedo to nod in Lallana’s far post cross.

Semedo had endured a torrid time against the Japan international but worse was to follow in stoppage time.

The pair raced down the left to reach Dunk’s deep pass, with Mitoma arriving first and Semedo hauling him down just outside the box. It was a clumsy challenge which summed up the defender’s wretched afternoon and he was duly dismissed.

It was reckless, plunging Wolves further into trouble, and the hosts continued on a self-destructive path after the break when Jose Sa’s awful pass was seized on by March – but the goalkeeper turned his drive wide.

Wolves were resilient with substitute Adama Traore testing Sanchez but they were breached when Gross grabbed the winner with seven minutes left.

Again, Mitoma was involved and, when his cross was touched on by Deniz Undav, Gross turned to fire in from 10 yards.

READ MORE: Parker to Arteta… Ranking all 26 Premier League managers from the season so far