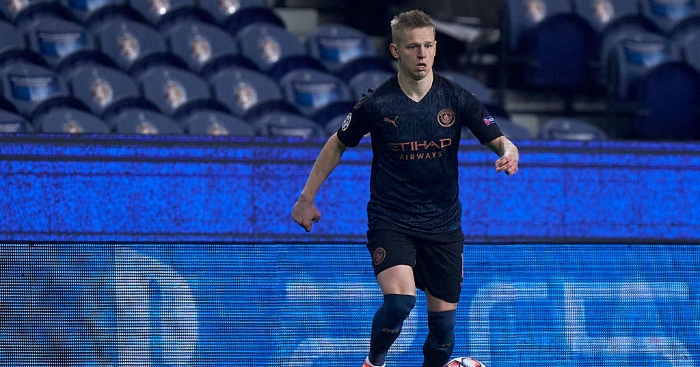 Wolves are reportedly interested in signing Man City’s Oleksandr Zinchenko in 2021, after failing to sign the player back in 2019.

The left back decided to remain in Manchester to fight for his City place, but he’s now being used as backup for Benjamin Mendy.

That’s led to Wolves renewing their interest in the 23-year-old as they attempt to lure him in with the offer of first team football.

According to the Daily Star, club officials want to sign Zinchenko to give Nuno Espirito Santo an extra option in defence.

Santo is thought to be a big admirer of Zinchenko for his technical ability and also his versatility.

He can play in both defence and midfield, mainly down the left hand side, which would make it a clever move for Wolves.

They submitted a £19 million bid last summer, which was ultimately rejected by Pep Guardiola’s City.

Zinchenko would also bring plenty of international experience to the squad. Despite being just 23, he’s received 35 caps and is one of Ukraine’s most integral players.

Santo can currently rely on Jonny Otto and youngster Rayan Ait-Nouri in the left back position.

Zinchenko would emerge as a good option if the club decides against signing Ait-Nouri on a permanent basis. The 19-year-old is on loan from Angers this campaign.

One sticking point for both sides would be the price. City will not want to lose the player for a low fee, especially to another Premier League club.

Wolves may need to spend big if they want to get their man.