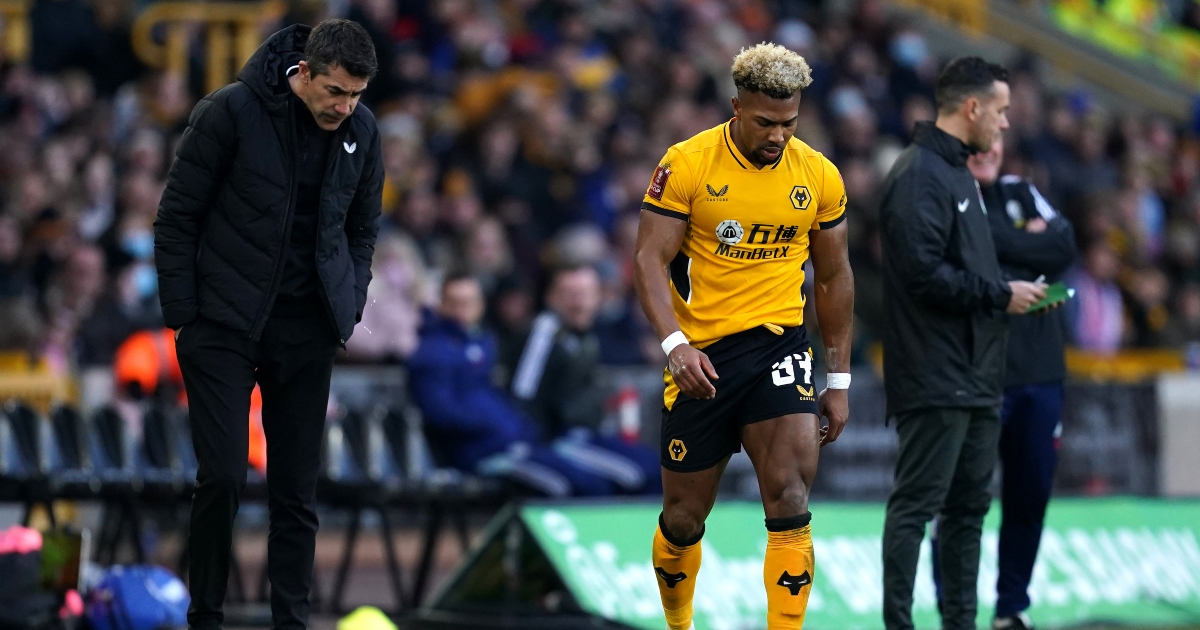 Bruno Lage has confirmed that Wolves have not received an offer for Spain winger Adama Traore.

Traore, who is approaching the final year of his contract, has been linked with a move to Tottenham and Liverpool.

The Daily Telegraph reported this week that Spurs want to take the 25-year-old winger on loan, while Wolves are holding out for a £20million bid.

But Lage, speaking ahead of his side’s Premier League clash against Southampton on Saturday, is hopeful Traore will stay.

Asked if a bid had been tabled for the Spaniard, Lage said: “No. It is the same Adama since the first day.

“Nothing has changed. Adama is here with us, he wants to play for us, he works hard and he is very professional.

“I want to (keep him). If you look at the games we have played this season, he has started at least half of those, and when he didn’t start, he came off the bench to help the team.

“The most important thing is that it is not just about Adama, but every player, and if it is good for the club and good for the player than we have to find a different solution.

Sometimes it's not all about stats

“But for now, if you ask me at this moment, I prefer to keep the four wingers that I have.”

Pressed on whether he expects Traore to still be a Wolves player when the transfer window closes at the end of the month, Lage said: “Yes, that is in my mind.”

Wolves are eighth in the table ahead of their clash against Southampton.

Lage’s side have kept clean sheets in six of their last eight Premier League matches, including defensive shutouts against Chelsea and Manchester United, while restricting free-scoring Liverpool and Manchester City to just one goal each.

Romain Saiss has been integral to Wolves’ impressive defensive displays, but the Morocco captain, currently on Africa Cup of Nations duty, will be absent for Saturday’s match against Southampton and next weekend’s trip to Brentford.

“Not just with their defending, but helping the team to win points because they are a threat at set-pieces.

“Romain is an important player but we will find solutions within our squad to replace him so I am confident we will continue to be solid.

“The most important thing is to continue the way we are playing. That is the pressure for the players and there are no excuses. After that, the good things will come.”