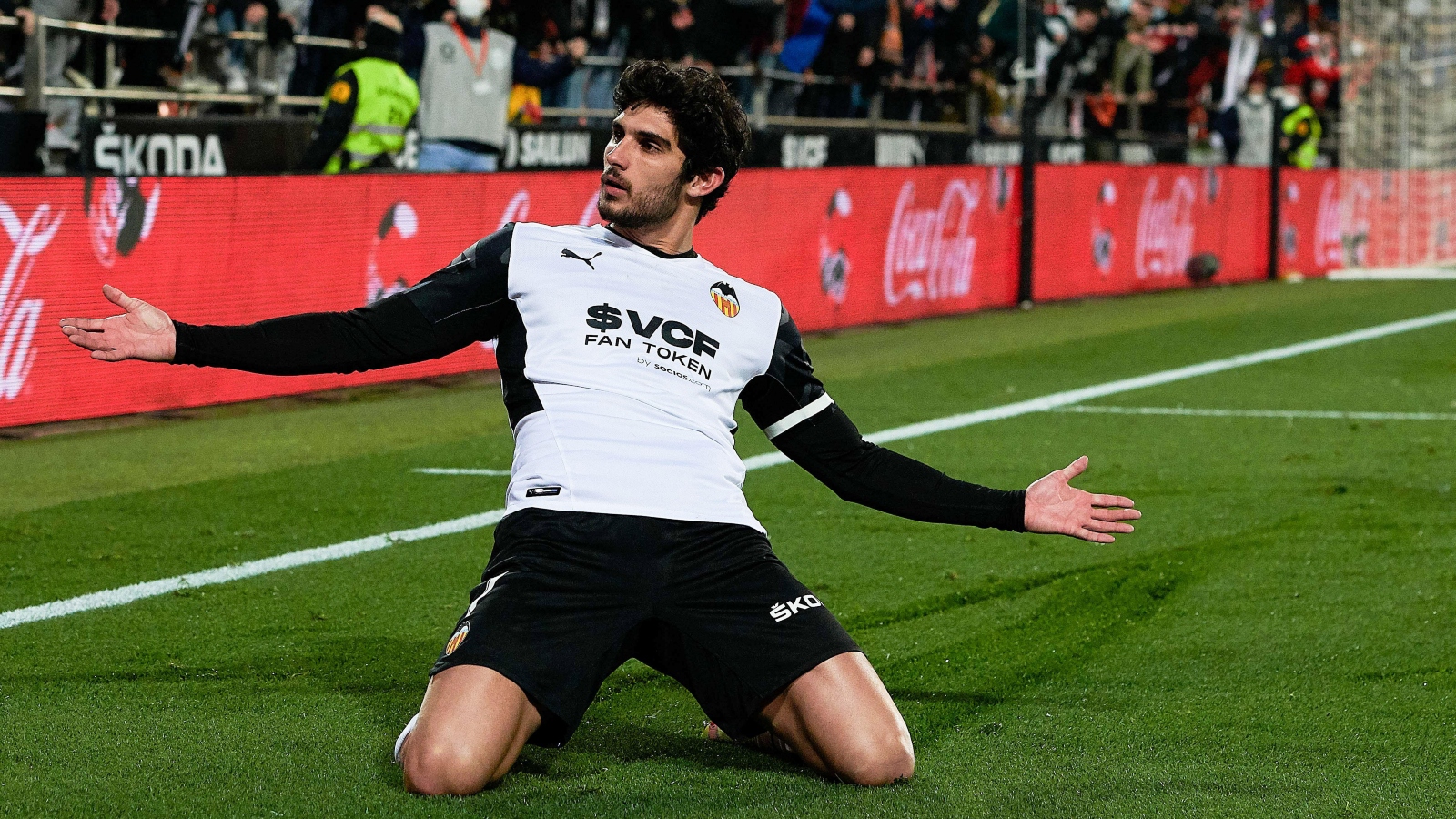 Wolves have completed the signing of Valencia winger Goncalo Guedes for ‘more than €30million’ plus add-ons.

Just minutes after confirming captain Conor Coady had left to join Everton on loan, the club announced the arrival of the 25-year-old.

“We have been monitoring Goncalo for a long time and are very pleased to welcome him to Wolves,” said chairman Jeff Shi.

“He has natural talent and has performed very well across Europe and for his country, and we think he is well suited to the Premier League.

“We are always looking to improve the squad with high quality, and have been patient to make sure we got the right player.

“Goncalo worked with Bruno at Benfica and played with many members of our squad previously, so we’re confident he will settle quickly into the group here.

“Very few transfers are ever straightforward, and this was no exception, with a number of clubs trying to secure the player right up until the last minute.

“Now, we are delighted that Goncalo is a Wolves player and look forward to giving him a warm welcome at Molineux this Saturday.”

The former Benfica academy graduate will join up with a number of compatriots at Molineux.

This is a huge part of the club’s transfer policy and they currently have nine other Portuguese players in the first-team squad.

Transfer journalist Fabrizio Romano has revealed that the transfer fee is ‘€30m with add-ons’.

Wolves could make their money back by selling young midfielder Morgan Gibbs-White.

He was terrific when on loan at Sheffield United last term, scoring ten goals and providing eight assists in the Championship.

The 22-year-old played the full match on Saturday as Wolves lost 2-1 at Leeds United in their Premier League opening fixture.

Wolves are believed to value Gibbs-White at £40m and Forest are ‘edging closer’ to meeting their valuation, according to The Telegraph.

This would smash Forest’s transfer record and take their summer spending up to around £150m.

The Reds have been very active this summer and the signing of Gibbs-White would be their 14th of the window.