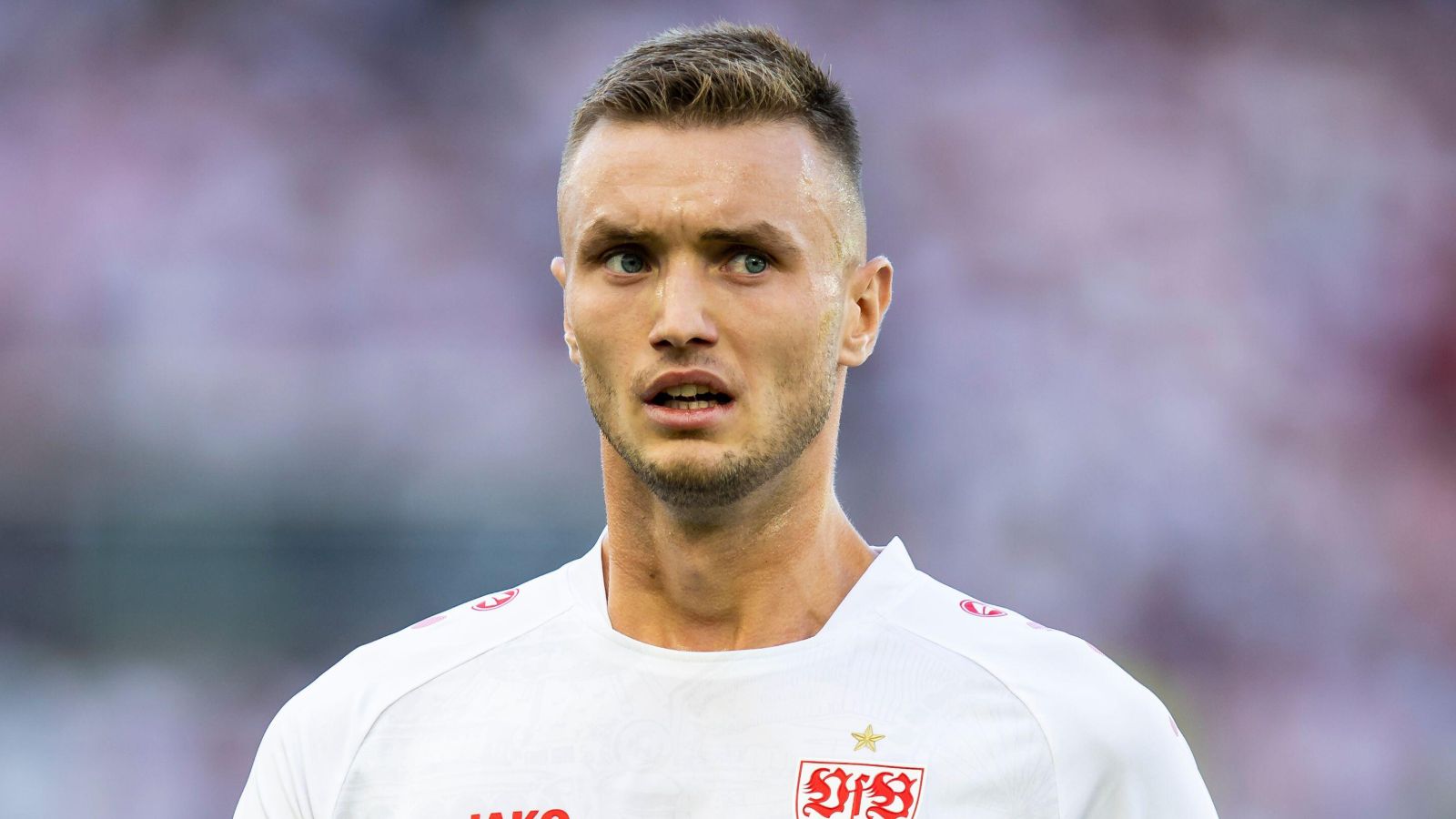 Wolves have announced that they have signed Sasa Kalajdzic on a permanent basis from VfB Stuttgart for a fee in the region of £15m.

The forward has penned a five-year contract and his deal includes an option for a further year.

The 25-year-old was linked with Manchester United earlier this summer and he scored 24 goals in 60 outings for Stuttgart,

He said: “I’m two metres tall, but also not bad with my feet. I’m just hungry to score goals. I want to play good football and score many goals.

“I want to play attractive football. I’m a team player, I want to help the team, that’s the most important thing in the end. When the team is looking good, I’m looking good as well. This is my aim for the upcoming matches.

“Everyone tells me the Premier League is the toughest league, it’s the NBA of football. I’m just excited to prove myself against the best because in this league the best players are playing.

“I want to develop as a player, as a person, and want to get as soon as possible to score, to show myself, and I’m really happy about it and looking forward to it.

“I’m happy it’s all been finished. It was a long, tough day, but in the end everything went well. I’m really thankful and really happy to be here. It was the club that wanted me the most in the end.

“In my career, at my age, it’s important to feel where the next step is and, in the end, I had the feeling Wolverhampton is the best step for my development.

“I had good talks with the coaches, and I met some players from the team. Everyone was so kind and so nice.

“I know that I won’t regret my decision because the people were all so kind, they welcomed me and I’m looking forward to playing as soon as possible.”

This announcement could be a boost to Leeds United, who are interested in Hwang Hee-Chan.

Leeds are in the market for a new striker and Jesse Marsch admitted on Tuesday night that Hwang is on their “list” of targets:

“I know Hee-chan very well,” Marsch said. “I like Hee-chan, he knows our football. He’s on our list, I can tell you that.

“Everybody is trying the best that they can and I can only say thank you to (chairman) Andrea (Radrizzani), (director of football) Victor (Orta) and (chief executive) Angus (Kinnear), and everybody.

“We’re trying to find ways to continue to improve our squad, but we have also done a great job and you can see we have a good team.”