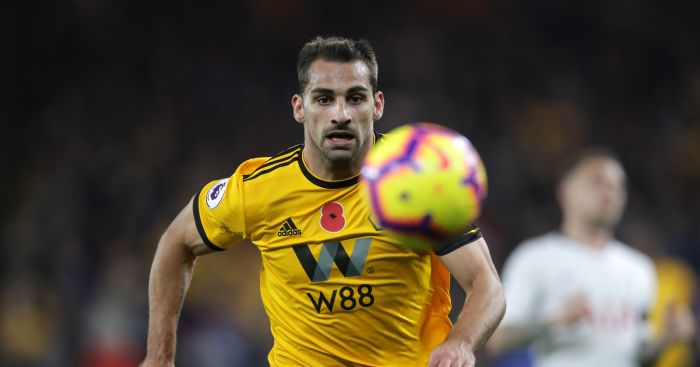 Wolves defender Jonny Otto is set to be sidelined for up to six weeks after suffering a knee ligament injury on international duty with Spain.

The 24-year-old was replaced in the 51st minute of Sunday’s 1-0 friendly win over Bosnia and Herzegovina and underwent tests on his injury in Madrid on Monday morning.

A Spain national team statement read: “The international full-back has suffered a partial tear of the internal lateral ligament of his knee. His estimated time out is five to six weeks.”

Jonny, who is on a season-long loan at Wolves from Atletico Madrid, has started every Premier League match this season for Nuno Espirito Santo’s side.

He could now be ruled out for the remainder of the year, meaning he would miss up to eight league games, including fixtures against Chelsea, Liverpool and Tottenham.

Promoted Wolves, who are 11th in the table after picking up just one point from their last four games, host Huddersfield this weekend.