Home All The News Wolves have failed to recover from Jimenez injury, says Coady 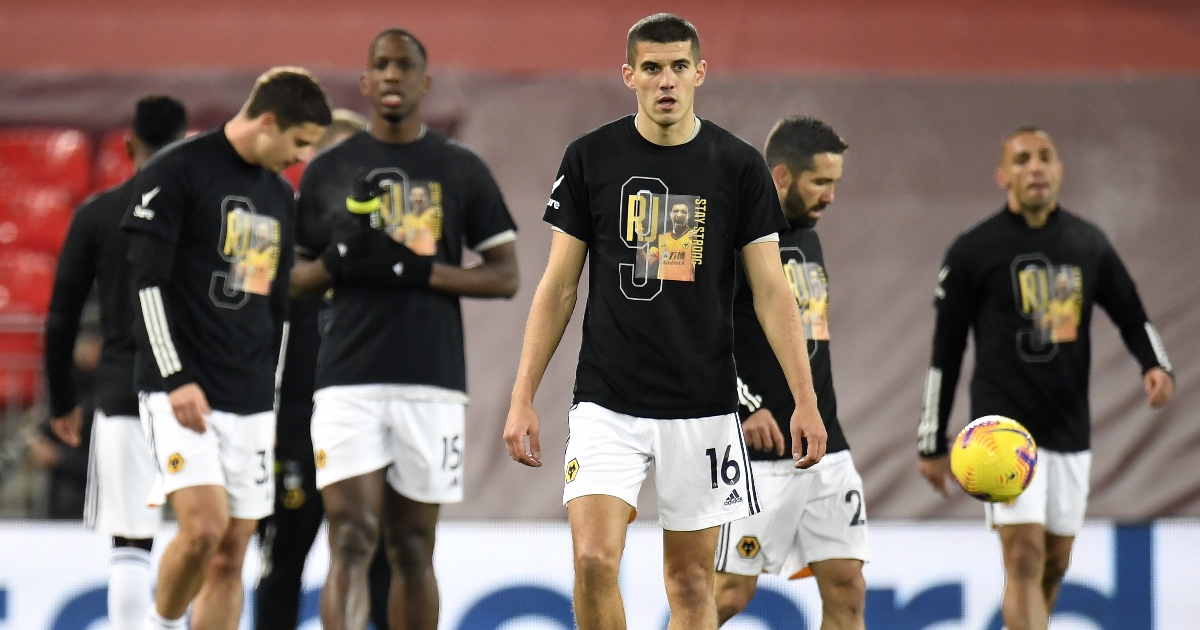 Wolves skipper Conor Coady has admitted that his team have failed to recover from the injury to Raul Jimenez.

The Mexican striker scored three goals towards the start of the campaign before suffering a fractured skull against Arsenal.

His absence was greeted by an immediate drop in form for Wolves, who slid down the Premier League table as a result.

FEATURE: Arguments for and against the Championship’s play-off quartet

Jimenez is making steps in his recovery, although it’s not yet clear when he will return to first-team action.

Speaking about his team-mate, Coady said: “It’s quite obvious Raul’s affected us. It was a shocking injury and all we wanted after was his safety.

“Now he’s been training with us for a long while without the contact, so we hope he’s recovered safely and can get back as quickly as possible because it will be like a new signing again.

“But it was up to us as players when he got injured to move us forward as quickly as possible and I don’t think we’ve done that as well as we would have liked.

He put in a series of impressive displays, scoring in wins against Chelsea and Southampton, before picking up an injury in April.

A 4-0 defeat to Burnley last time out was clearly the lowest point of Wolves’ season.

Coady continued: “The last couple of years, we’ve set ourselves expectations and everybody has seen that we’ve finished in good positions in the table.

“Where we are now is something we don’t think has been good enough and we want to improve.

“If you look at the previous two years, this season hasn’t been an improvement on that. We’re not happy with how the season has gone.

“It’s up to us to try and get back to improving as quick as possible, learn from the mistakes that have happened this season and try and put that right as quickly as possible.

“We’ve got five games left that we want to improve on and we want to finish the season strong going into the next one.”

Their next game is a West Midlands derby against West Brom on Monday evening.