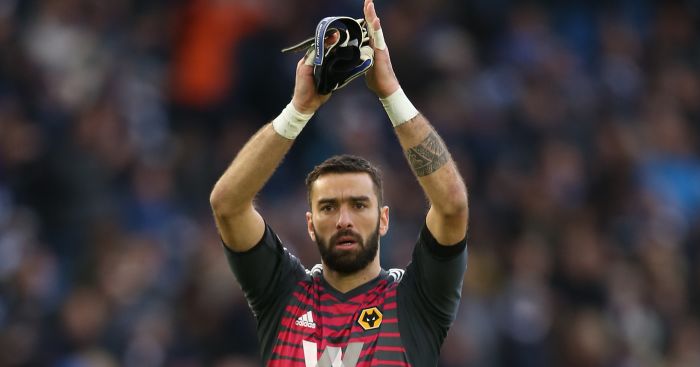 Premier League side Wolves have announced that they have reached an agreement with Portuguese side Sporting Lisbon for the €18million (£16million) transfer of Rui Patricio.

Some of Sporting’s players were attacked by a group of fans during a training session after they failed to qualify for the Champions League at the end of last season, which led to Patricio posting a 34-page letter of resignation.

The Portugal international joined Wolves on a free transfer but Sporting complained to FIFA and demanded 58.7million (£51.8million) in compensation from the Premier League outfit.

Both clubs have now reached a resolution over Patricio, who has played in all ten of Wolves’ matches so far this term, for a much lower fee.

“Wolves have reached an agreement that will see Sporting Clube de Portugal receive a fee of €18m for the transfer of goalkeeper Rui Patricio,” Wolves said on their official website

“Wolves now consider the matter finalised and will make no further comment.”