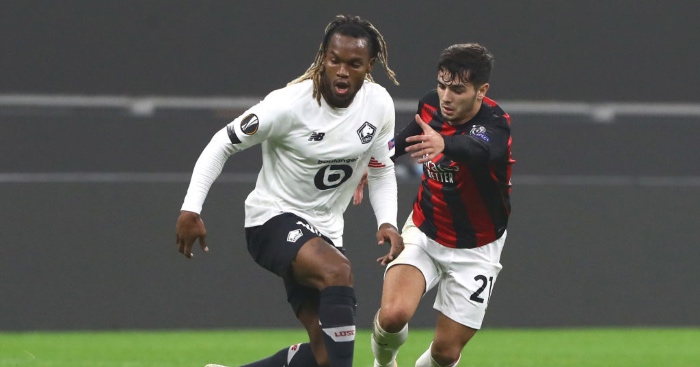 Wolves could make a move for Lille and Portugal midfielder Renato Sanches, according to reports.

The club already has a strong contingent of Portuguese internationals, including Rui Patricio, Ruben Neves and Joao Moutinho.

Those players have helped them to become a competitive team in the Premier League in recent seasons.

FEATURE: Well done Marcus Rashford; over to you Man United…

According to Italian outlet Calciomercato (via Goal), Wolves are interested in adding Portuguese international Sanches to their ranks.

The 23-year-old is currently rebuilding his career in France after failing to make the grade at Bayern Munich.

Once deemed as a future star, the player has never managed to live up to those high expectations.

He even had a spell in the UK with Swansea during the 2017/18 campaign.

He made 15 appearances in all competitions for the club but failed to impress.

With Lille, however, Sanches is beginning to rediscover the form that saw him win the 2016 Golden Boy award for best young talent.

He’s played ten times for Lille so far, including appearances in both Ligue 1 and the Europa League.

Having forced his way into the first team, his form seems to have impressed officials at Wolves.

According to the report, they’re looking at offering Sanches a chance to return to the Premier League.

And with their existing group of quality Portuguese players, it may well be an ideal location for the player.

Pedro Neto recently won his first call up to the national team, which shows how Wolves can provide a route to progress.

Sanches could be brought in to provide manager Nuno Espirito Santo with extra midfield options.

The player would have to compete with the likes of Neves, Moutinho and Leander Dendoncker for a place in the starting lineup.

The club has made a decent start to the season. They currently sit ninth in the table after eight games.