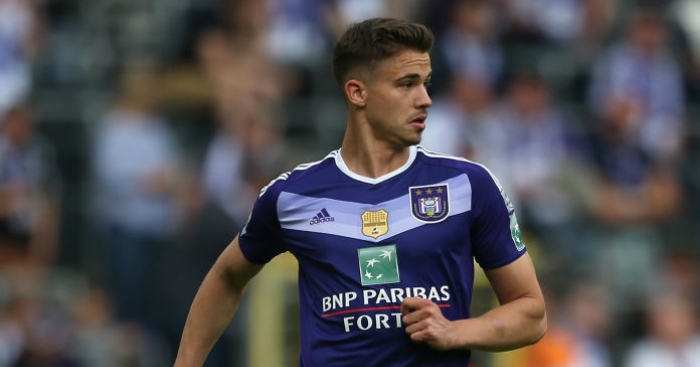 Wolves have failed in their attempt to sign Oleksandr Zinchenko from Manchester City, but have landed Leander Dendoncker.

The club had agreed a £16million fee with City but wing-back Zinchenko was reluctant to make the move.

Ambitious Wolves had been hoping to convince him to move to Molineux but Zinchenko is now likely to remain at the Etihad Stadium for now.

The clubs had struck a deal a number of weeks ago with Zinchenko likely to be down the pecking order at City.

He made 14 appearances for Pep Guardiola’s side last season when Fabian Delph and Benjamin Mendy were out injured.

But the pair are fit ahead of the start of the season and Ukraine international Zinchenko may find his chances limited.

Wolves are planning for life back in the Premier League and broke their transfer record to sign £18m Adama Traore from Middlesbrough this week.

The winger has been followed into the club by Dendoncker, whose arrival was confirmed on Thursday.

The Belgium international arrives on a season-long loan from Anderlecht, which will become permanent for around £12m next summer.