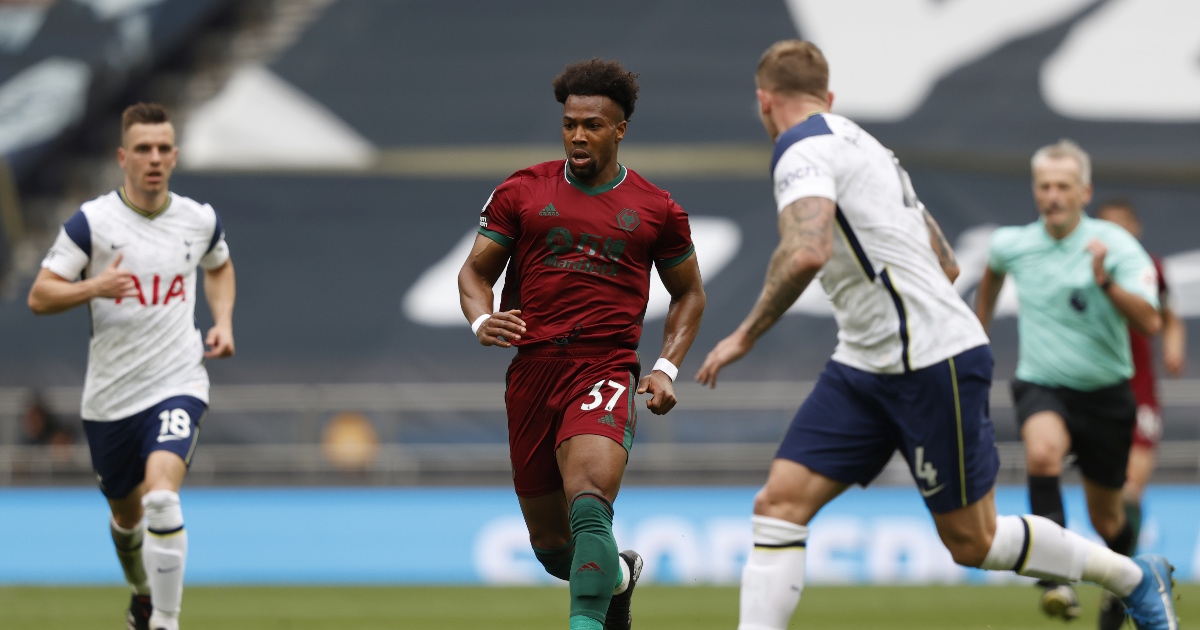 Wolves are reportedly hoping to tie down winger Adama Traore to a new contract, amid interest from Premier League rivals Tottenham.

Traore has looked sharp so far this season, causing full-backs all sorts of problems in his four appearances.

The Spain international starred against Tottenham on August 22 but couldn’t get a goal as Wolves were beaten 1-0.

Reports four days later claimed that the two sides had reached an agreement on Traore’s price. Despite this, a deal never materialised and the 25-year-old remained at Molineux.

According to the Birmingham Mail, Wolves want to hand Traore a new deal and will soon re-open negotiations with his agent.

The West Midlands outfit want to offer him an increase on his reported £43,000-a-week deal, which expires in June 2023.

However, they might have trouble doing so. The report claims that Traore has repeatedly declined to begin contract negotiations over the past year.

It’s unclear whether he is trying to push through a move, but Wolves could be forced into a sale next summer if the problem continues.

Traore joined Wolves from Middlesbrough three years ago for an £18million fee. It has recently been suggested that his price tag stands at £50m, so the club stand to receive a big profit if he is sold.

The pacy winger has made 135 appearances in all competitions for Wolves, scoring ten times. His best season came in 2019-20, when he registered four goals and nine assists as Wolves finished seventh in the Premier League.

Meanwhile, French side Marseille are reportedly considering punishing one of their players after he refused to join Wolves.

Croatian centre-half Duje Caleta-Car, 24, was heavily linked with a summer move. Wolves were at the front of the queue to sign him, with Valencia not too far behind.

However, he refused to move on, which prevented Marseille from bringing any new players in.

As a result, club chiefs are planning to demote him from the first team. Caleta-Car faces the prospect of playing with the reserves over the next few months.

One player Wolves did manage to land is South Korea forward Hwang Hee-chan. He joined from RB Leipzig on an initial loan deal.

The club have the option to buy him next summer, should he impress during the course of the season.