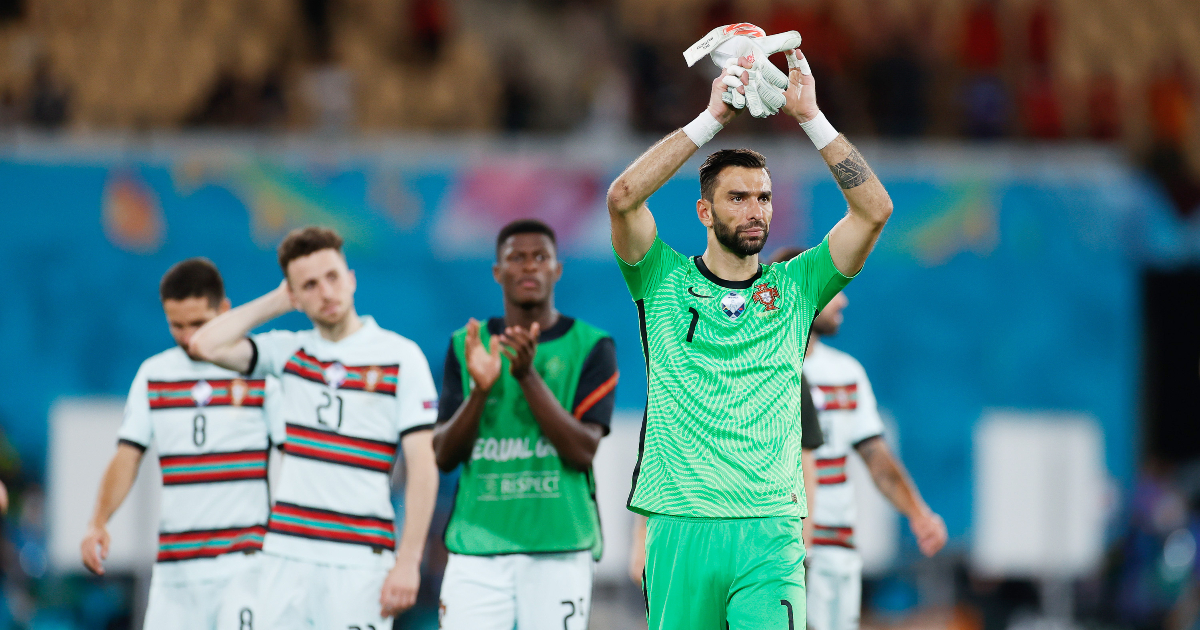 AS Roma have confirmed the signing of Wolverhampton Wanderers goalkeeper Rui Patricio for an initial fee of €11.5 million.

Patricio spent three years at Molineux and has signed a three-year contract with the Italian club.

Wolves technical director Scott Sellars said: “We would all like to thank Rui for everything he has done for Wolves during the past three seasons.

“He has been part of the best years of the club’s recent history, in terms of the success we have had, coming to us when we were newly promoted and helping the club to achieve two seventh-place finishes.

“He’s been a fantastic servant to the club, but it’s a fantastic opportunity for him to experience a new club in a new league, and a good move for everybody involved.

“We certainly wish him the very best of luck at Roma.”

Speaking to the club’s official website, Patricio said: “Roma is a big club and a new challenge and I’m excited to try and help the club achieve its targets.

“In José Mourinho we are talking about one of the greatest coaches in the world and I am excited to start working with him and doing everything I can to help the team.”

Tiago Pinto, Roma’s General Manager, added: “Rui Patricio brings with him a huge amount of success with the Portuguese national team and a number of successful seasons in the Premier League in which he only underlined his quality.

“As we welcome him to the club we are certain that our group of players will benefit from the arrival of a goalkeeper with such an array of international experience to call upon.”

Wolves will replace the Portuguese with his compatriot Jose Sa from Olympiakos according to journalist Fabrizio Romano.

Official and confirmed. Rui Patricio joins AS Roma from Wolves on a permanent deal for €11m + add ons. José Sá will be his replacement at Wolverhampton. 🇵🇹 #ASRoma #Wolves

Elsewhere, the West Midlands club have announced that full-back Rayan Ait-Nouri has joined on a five-year deal.

The 20-year-old scored on his Wolves debut in October, during a 2-0 win over Crystal Palace.

His season was affected by a groin problem in January but he managed to register 21 Premier League appearances.

Ait-Nouri also featured three times in the FA Cup before Wolves’ fifth round defeat to Southampton at home.