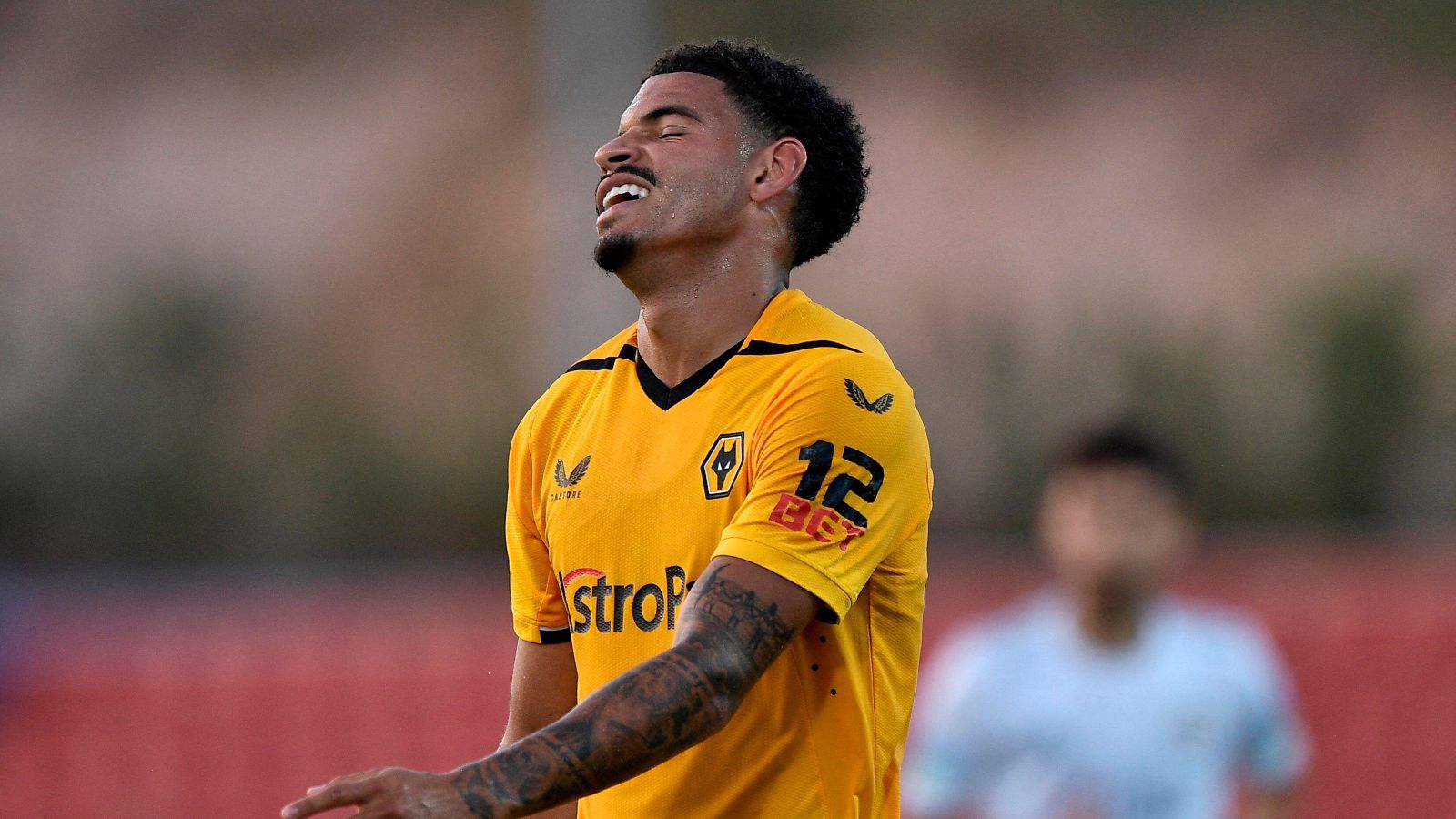 Wolves have rejected Nottingham Forest’s latest bid for their midfielder Morgan Gibbs-White which would have been worth up to £35m.

Forest witnessed first-hand what Gibbs-White is capable of while he was on loan at Sheffield United last term.

The Englishman grabbed a goal and an assist in United’s Championship play-off semi-final against Nottm Forest last term.

A year on: Dele Alli, Daniel James and 18 more astonishing opening-day starters from 2021

Steve Cooper’s side ended up edging out the Blades before they beat Huddersfield Town at Wembley to secure their long-awaited return to the Premier League.

Gibbs-White has been back at Wolves during pre-season as Bruno Lage’s squad prepare for the 2022/23 Premier League campaign.

Everton have been linked with Gibbs-White, who was involved in 20 goals across all competitions last season for Sheffield United.

Nottm Forest have made a move for him but this has come to no avail so far. Speaking on Friday, Lage suggested that Gibbs-White is an “important” player for Wolves:

“Like I’ve been saying since the first day, when we talked about Morgan one year ago, I said I will not treat Morgan as a kid,” Lage said (via Birmingham Mail).

“When we have this connection between the player and all his teammates, we want the player with us. He is fit and motivated to do his best game.”

Nottm Forest have already signed twelve new players ahead of their return to the Premier League. £85m has been spent on players, while Jesse Lingard has joined them on a free from Man Utd.

They had already had two bids rejected by Wolves before Friday. The Athletic are reporting that the west Midlands outfit have now turned down a third offer.

Forest’s latest offer is worth an initial £25m and an extra £10m is included in potential add-ons.

The newly-promoted have suggested that this will be their ‘final offer’ but the report states that this transfer is ‘not yet dead’.

Gibbs-White is said to have indicated that he is not interested in extending his current contract that expires in 2024.

So The Athletic understand that Gibbs-White’s move to Forest ‘could yet happen’ if Wolves are able to replace him.