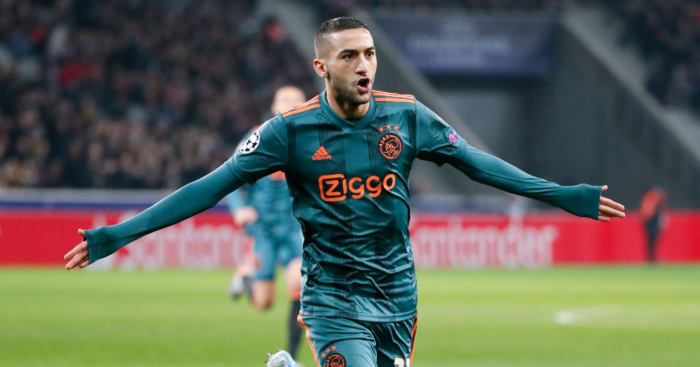 Wolves defender Romain Saiss thinks Chelsea have got an “exciting” player in Morocco team-mate Hakim Ziyech with the winger moving to Stamford Bridge at the end of the season.

The Blues must now confirm personal terms with the winger, who will join Chelsea on July 1 for an initial fee of 40million euros.

Lampard and Chelsea were unable to make any headway on recruitment in the January transfer window, leaving the manager frustrated not to bolster his squad.

Ziyech, who was named Dutch footballer of the year in 2018, was one of Lampard’s top targets however and Chelsea have moved quickly to lock down a deal for the 26-year-old, which should represent excellent value given market constraints.

He has emerged as one of the Dutch giants’ key stars during his four years at the club, and helped them reach the Champions League semi-finals last season.

And following news that an agreement to join Chelsea had been reached, Wolves star Saiss believes the Premier League is about to welcome a major talent.

He told Sport360: “I speak sometimes with him about his future because he deserves to play at a good club, a top league and I hope for him that soon he is going to move.

“Even if Ajax is a good club I think he can play higher and for an even bigger club.

“The fans like a player like Hakim, skilful, exciting, and I’m surprised nobody has come for him [before].

“It would be a good thing for him to play in the Premier League. It’s a good league for him.

“He did very well in the Champions League for a couple of years and I’m not surprised because he’s a good player. I think he can play for most of the big teams.

“It was the same for Riyad [Mahrez] when he was at Leicester. He needed time before he moved to [Manchester] City and I think it will be the same for Hakim.”