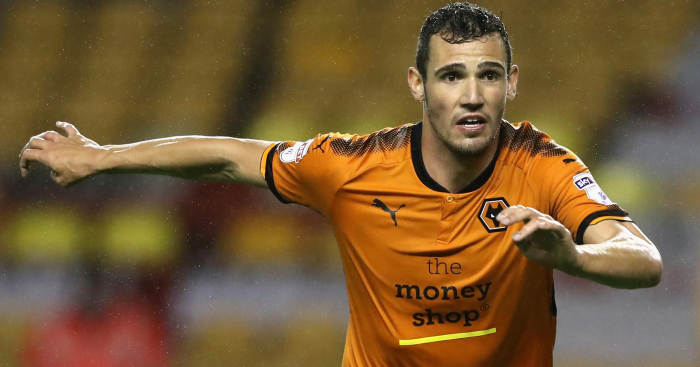 Wolves have turned the loan moves of Leo Bonatini and Ruben Vinagre into permanent deals.

Bonatini, who scored 12 goals in 43 gamnes as Nuno Espirito Santo’s side won the Sky Bet Championship title last season, arrives from Saudi Professional League side Al-Hilal for an undisclosed fee.

The Brazilian, 24, has signed a four-year deal, while Vinagre, 19, joins from Monaco on a five-year contract.

“We are delighted to secure the services of two players we rate very highly, and we believe can play a huge part in our plans for our first season back in the Premier League and beyond,” Wolves sporting director Kevin Thelwell told the official club website.

“Both players have been part of this group for a season, and that means they can hit the ground running and won’t need any additional time to adjust to Nuno and his coaching staff’s high standards of preparation and training.

“Leo Bonatini was unstoppable for a long stretch last season – his goals played a huge part in our promotion – and we have no doubt he can reproduce that kind of goalscoring form in the Premier League.

“Ruben Vinagre is a hugely exciting prospect, and we are really looking forward to him developing further under Nuno’s tutelage.”

Both players will join up with the Wolves squad on Monday, before travelling to Switzerland for a pre-season training camp the following week.

Wolves have strengthened ahead of their return to the Premier League by signing Portugal goalkeeper Rui Patricio from Sporting Lisbon and Mexico forward Raul Jimenez.