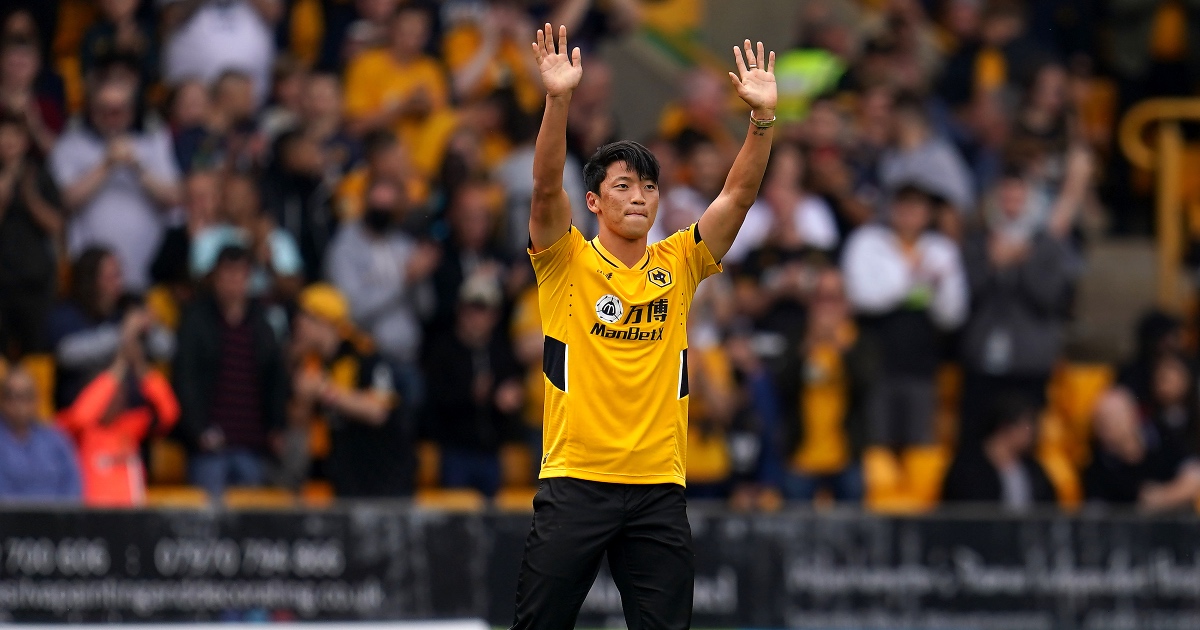 Wolves have completed the signing of South Korea international Hwang Hee-chan on loan from RB Leipzig.

The 25-year-old is a centre-forward who will compete with Raul Jimenez and Fabio Silva for a starting spot at Molineux.

He has joined on an initial loan with the option to buy in the summer of 2022.

Hwang was unveiled as a Wolves player shortly before the club’s Premier League match against Manchester United.

On the signing, Wolves technical director Scott Sellars said: “Hwang’s a player we’ve watched for a few years now, when he was at Salzburg. He’s got a lot of talent and is very versatile – he can play across all the front positions, a striker, second striker or wide.

“He had a fantastic goal scoring record at Salzburg and will give us a good option in the front areas.

“He’s got a good pedigree, having played Champions League football and at a World Cup.

“He’s got a lot of pace, power and strength – he’s probably a little bit different to what we’ve got and we think he’s a strong acquisition for the squad.”

The player, capped 37 times at international level, started his career with Pohang Steelers in his native South Korea.

He was soon taken to Austria, before being snapped up by Red Bull Salzburg in January 2016.

Hwang managed 45 goals in 126 games for the club before joining RB Leipzig in July 2020.

Things did not go as planned for the player in Germany, as he notched just three goals in one season.

Wolves supporters will be hoping he can get back to his best in the West Midlands.

One player who has been heavily linked with a move elsewhere is Adama Traore.

The Spain international is a rumoured target for Spurs, following his great performance against them last weekend.

When asked about the potential signing, pundit Paul Robinson said recently: “He’s a player that I like. I think he has really improved in recent years.