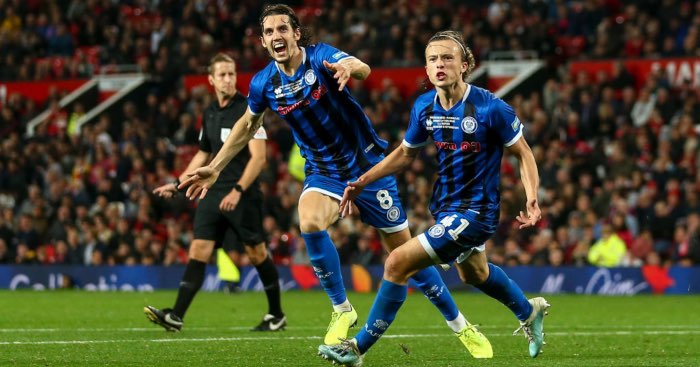 Luke Matheson has joined Wolves in a deal worth £1m, but will remain on loan at Rochdale until the end of the season.

The 17-year-old England Under-18 international scored against Manchester United in the EFL Cup in September.

Matheson, who has been at Rochdale since the age of eight, signed his first professional contract in October, just weeks after turning 17.

“The system we play, it’s set up for him. He plays at right-back for Rochdale at the moment, but he’s a right wing-back in our eyes because of his energy and ability to continually sprint and recover,” said Wolves sporting director Kevin Thelwell.

“At 17, for a boy to have so much experience, be English and have such a strong mentality is fantastic and we think he’s everything we’re about.

“He’s playing so often at Rochdale, so we’re sending him back there on loan, to continue to get experience and that should hopefully give him more game time.

“Then he’ll come back to us for the start of pre-season in the summer. It’s great for all of us to get him in the building, we’re really excited and we think he’s going to be a top talent.”