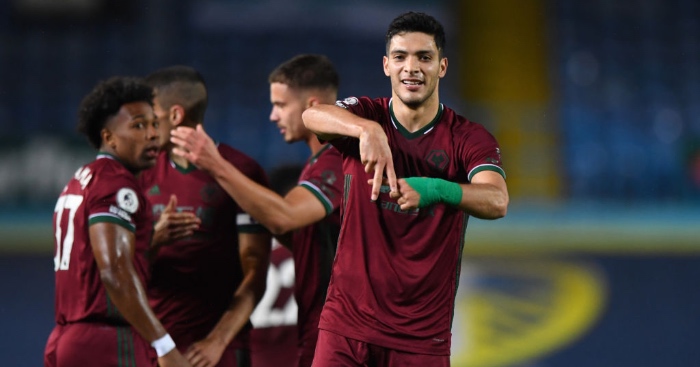 Wolves forward Raul Jimenez has confirmed that Manchester United made an approach to sign him during the summer.

The striker initially joined Wolves on loan ahead of their first season back in the Premier League in 2018/19. He scored 17 times in all competitions that year as they finished seventh.

In April 2019, it was announced that Wolves had made Jimenez’s loan deal permanent for a club-record fee of €38m.

He stepped up his form in his second season in the Premier League. He netted 27 times from 55 games in all competitions.

His performances last season sparked interest from clubs across Europe. Manchester United and Juventus were among those interested.

Jimenez signed a new four-year contract with the club recently, so if he is to leave, any suitors will have to spend big to get him.

The forward is currently away on international duty with Mexico. He conducted an interview with Mexican outlet TUDN, which has been cited by Sport Witness. In the interview, he confirmed that both Man United and Juventus made enquiries for him this summer.

“During vacations or a transfer window, a new team will come out every day. What I knew was about the news, rumours.

“One day I’d wake up and Juventus loved me, another it’d be Manchester United, and what I know is that there were approaches. But an agreement was never reached, nothing close, but I’m very good at Wolves.”