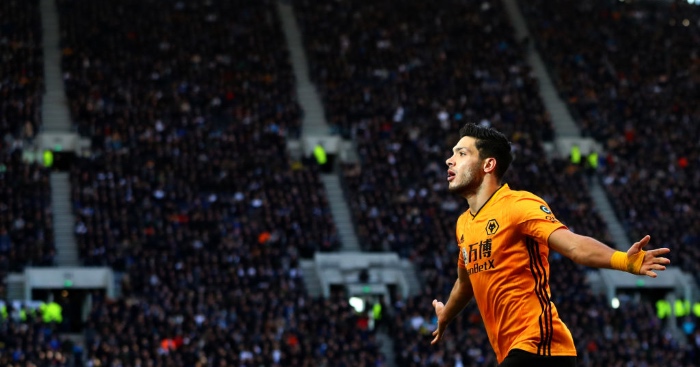 Any murmurings of potential Champions League qualification for Wolves following their 3-2 victory over Spurs were first stifled by a dour 0-0 draw against Brighton and then drowned out by the impressive displays of both Manchester United and Chelsea on Sunday. And though Nuno Espirito Santo’s side remain within striking distance, they will continue to go unnoticed and underappreciated. But they won’t make a fuss; that’s exactly how they like it.

They sit in a middle ground, between the light of Sheffield United and the shadow that has begun to lift from Ole Gunnar Solskjaer; between statistical certainty and whimsy. Nuno lurks in the pit of mentor Jose Mourinho’s fears; above the summit of Frank Lampard’s knowledge. In an area some call the Twilight Zone…of Champions League qualification.

In the race for the top four (or five), Wolves are undefined, intermediate and mysterious. Often brilliant, yet instantly forgettable. A situation – whether purposeful or otherwise – of Nuno’s making. His is a squad built in his image. They’re unassuming and introverted; intense and indefatigable; transfer speculation is either non-existent or instantly brushed aside. The Molineux hymn sheets are well worn.

Nuno was the back-up goalkeeper in Mourinho’s Champions League winning side. And after Wolves defeated Spurs, Nuno described Mourinho as a reference point – a yardstick with which he measures his own success as a manager. And like his former boss, Nuno has instilled an us-against-them ethos in his squad. But while Mourinho builds a siege mentality – like a fortress in plain view – simultaneously protecting his players and hanging them out to dry, throwing shit over the parapets and farting in your general direction, Nuno cloaks his team in camouflage, whispers encouragement in their ears, waiting for the cover of darkness.

Wolves are two points off Manchester United in fifth and five behind Chelsea in fourth, and they have arguably the easiest run of games until the end of the season. The Blues play five of the top eight, United three, and Wolves just two – Sheffield United and what could be a very tasty final-day clash against Chelsea. But are they really being talked about as Champions League qualification contenders? Are they f**k.

They’ve ruined the Europa League distraction excuse for everyone, surging through that competition with little to no effect on their Premier League form, and with no complaints over fixture list congestion or player fatigue – that’s simply not their style.

And their success in both the Premier League and in Europe all seems to have happened without anyone noticing. Artists have been readied to illustrate what would be a Sheffield United fairytale; the Champions League radar bleeps incessantly with the will-they-won’t-they of the floundering members of the Big Six. But Wolves fly so far under that radar as to barely register.

It’s not like they haven’t spent money. They have the backing of extraordinarily wealthy Chinese conglomerate Fosun International and a very fruitful relationship with a super agent (for more on this have a look at Seb Stafford-Bloor’s predictably brilliant piece). But they spend money smartly, or more accurately, not stupidly. The way in which new recruits could fit into Nuno’s team is always the first thought. A consideration bizarrely absent in the boardrooms of some other teams vying for the Champions League places.

Adding to the Wolves mystique is this strange sense that their rise is somehow simultaneously meteoric and slow-burning. They were in the Championship just two seasons ago and League One not long before that, but also feel like Premier League stalwarts. Chris Wilder’s achievement at Bramall Lane this season has served to play down what his Portuguese counterpart has done at Molineux. But Nuno and Wolves deserve more than what is now a customary lift of the eyebrows, a nod, and a yeah, not bad – but what about those Blades?

Again, they won’t care. This way they can remain in their area of comfort, the space in which they exist unseen, in the Twilight Zone, until the time is right.