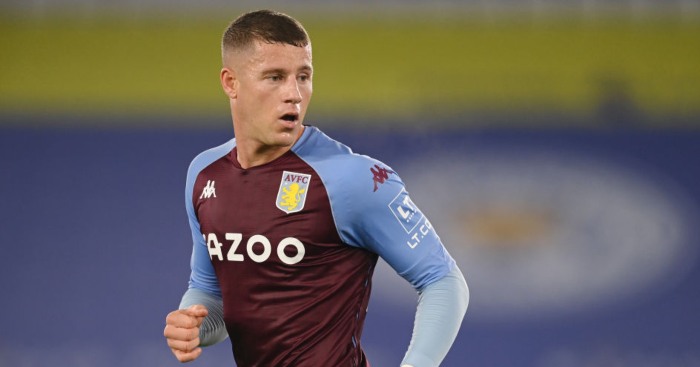 Tactical pattern
This game ought to suit Aston Villa, who consistently fall to defeat when allowed to hold the majority of possession but look solid when sitting deep and counter-attacking. Wolves, in their new 4-2-3-1, are struggling to find fluency without Raul Jimenez, and against Liverpool their front three constantly played harmlessly in front of the defence; Villa should find it fairly easy to say compact and focused, clearing anything that enters the box.

Wolves matches contain the fewest goals in the Premier League (26 so far) and indeed this is likely to be a low-scoring game, given that Villa’s counter-attacks have diminished in quality since Ross Barkley’s injury. They just couldn’t convert good attacking positions into goals against either West Ham or Brighton, and the Wolves back line is considerably stronger than either of these. A 0-0 is definitely on the cards.

Key battle zone
Against Liverpool, Wolves twice conceded on the counter because Willy Boly stepped up to meet Diogo Jota, leaving a gaping hole in central defence that led directly to goals. The problem is that, after years of consistently deploying a back three, Nuno Esperito Santo’s formation change hasn’t quite gelled yet – and his defenders are still taking up positions as if they have a spare body to support them.

Villa can take advantage of this if Jack Grealish cuts in from the left to receive passes, as he will draw Boly forward in similar fashion. When this happens, Ollie Watkins can spin in behind and Villa, unusually for them, can bypass their most creative player to go with longer balls over the top. But more likely, Villa will play into the feet of Grealish and miss this opportunity; they just aren’t the same attacking threat without Barkley taking some of the pressure off the number ten.

Keep an eye on… Neves v Luiz
Another crucial battle is between Wolves’ Ruben Neves, playing in a more advanced role in central midfield, and his direct opponent Douglas Luiz. Neves pushed into the number ten role for the Liverpool match to help shut down Georginio Wijnaldum, and although it didn’t work very well, he will most likely attempt something similar against Villa’s metronome.

One of these two players will control the game with their respective passing range and rare ability to keep hold of the ball under pressure. Playing in similar spaces at Molineux, it is an intriguing battle that should indirectly affect which of the two sides counter-attacks more successfully.

One to watch… Adama Traore
In Jimenez’s absence former Villa winger Adama Traore is finding more space than usual on the right wing. Pedro Neto and Daniel Podence are bunching together centre-left, exchanging the ball neatly to draw the opposition in and create extra room for Traore, unseen, on the right.

Villa can be weak here, with Grealish holding a high position and Conor Hourihane struggling to get across to support Matt Targett – a left-back who can certainly be beaten one-on-one by Traore. The visitors’ most vulnerable zone of the pitch happens to correspond with Wolves’ most dangerous player, although with Dean Smith’s side conservatively sitting deep in this game Traore should ultimately be controlled.