Home All The News Wolves wrap up title, Sunderland relegated, Wigan up 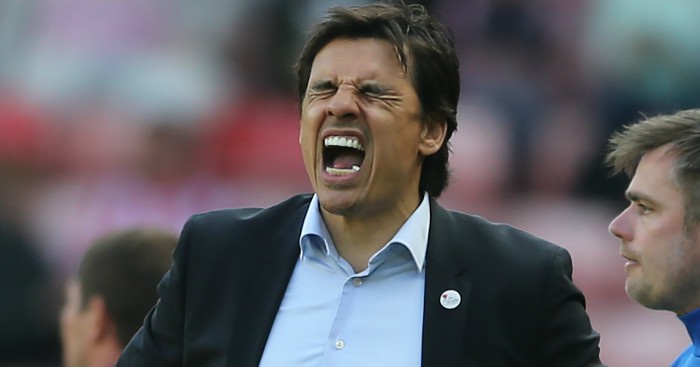 Wolves wrapped up the Sky Bet Championship title with a 4-0 thrashing of Bolton.

Barry Douglas, Benik Afobe and Diogo Jota scored before Conor Coady added his first goal of the campaign from the penalty spot.

Bolton remain two points above third-bottom Barnsley, who lost 2-1 at Leeds, while Sunderland are relegated after conceding two late goals in a 2-1 defeat to fellow strugglers Burton.

The Black Cats are six points from safety with two games to play but Burton’s game with Bolton will ensure one team cannot be caught by Chris Coleman’s side.

Wigan have been promoted back to the Championship after their 4-0 win at Fleetwood.

Abobaker Eisa put the Shrews ahead but Jay O’Shea levelled for Bury in the second half.

Luton have been promoted to League One.

The Hatters’ 1-1 draw at Carlisle was enough to secure a top-three finish in League Two after fourth-placed Exeter could only draw 2-2 with Crawley.

At the bottom, Chesterfield are all but relegated after a 4-1 defeat to Forest Green left them nine points from safety with three games left – and a much worse goal difference than third-bottom Morecambe.