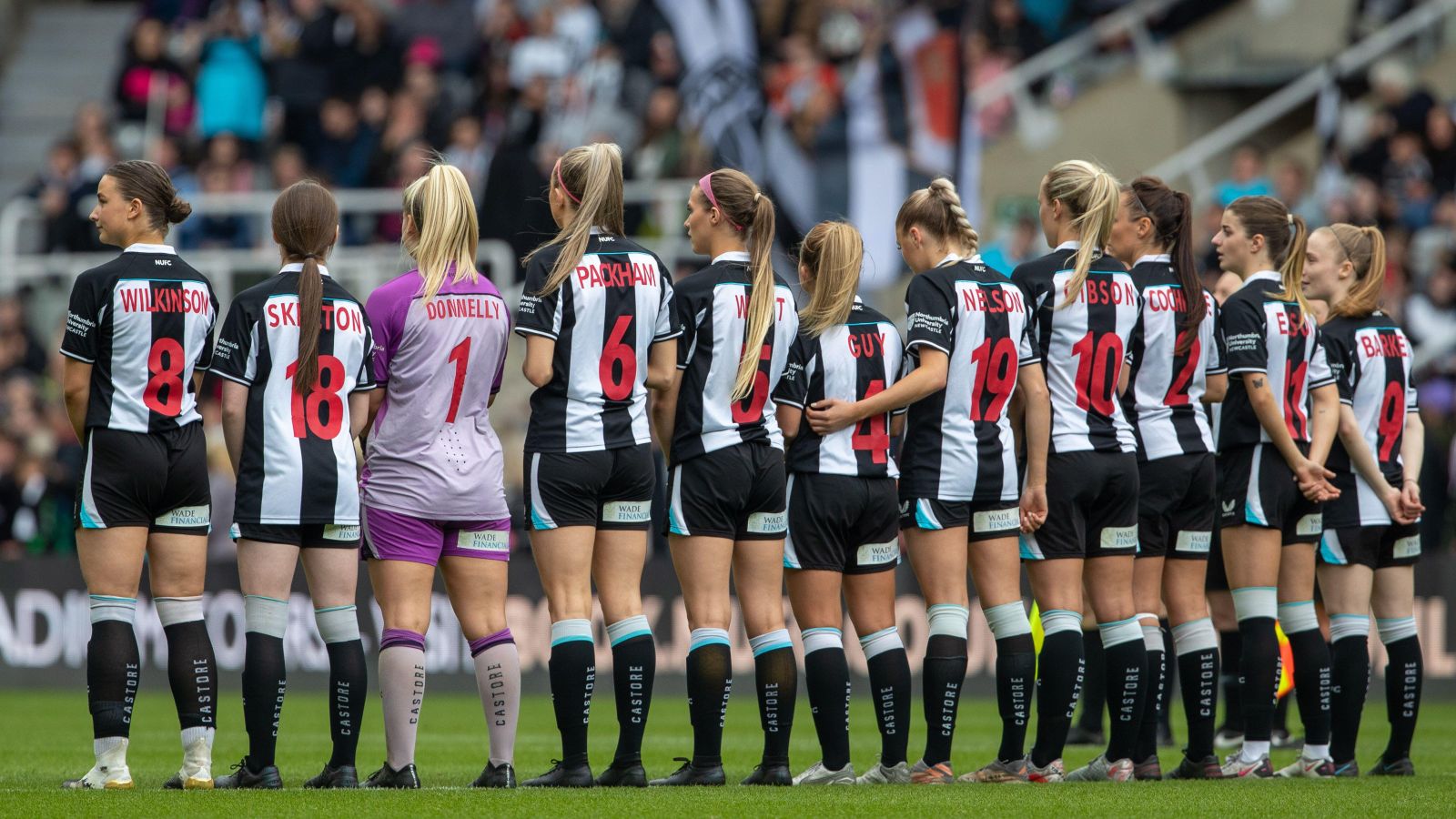 When over 22,000 people turn up to St James’ Park in Newcastle to watch fourth-tier women’s football as they did on Sunday, you know there is a significant change happening. When over 91,000 attended the Camp Nou recently to see Barcelona’s women play Wolfsburg in the Champions League, it is even more obvious.

With all of England’s games in this summer’s Euros sold out and a TV audience likely to peak for those games at well over 10 million, it’s clear that this is now a sport that many people really enjoy and want to watch. The arguments we used to have with naysayers two, five and 10 years ago now look very dated. As we always said all along…it’s football. We like football. They’re playing football. So we watch the football.

The principle of ‘build it and they will come’ applies here. Women’s football is growing quickly in popularity because it’s on TV, people can see it and that makes them want to go to games. Those who argued that it wasn’t popular and it was only on TV or being played at all because of some sort of PC woke campaign, never understood that for something to become popular it has to be available to see. You have to grow an appetite for it. And grow it has, with 6.2m people watching live WSL broadcast matches in 2021 without even watching a Premier League game on TV, according to the Women’s Sport Trust. That’s an entirely new audience created in little more than a year.

From football being a largely male sport played by and watched by men for many, many decades, things are changing at pace with more women commentators, pundits and presenters than ever involved in men’s and women’s football broadcasting, making broadcasts all feel more diverse and modern while simultaneously upgrading the quality. Old complacencies have been binned.

The stars of the women’s game, like Sam Kerr, Lucy Bronze, Vivianne Miedema, Alex Morgan, Megan Rapinoe, Ellen White and many more are becoming household names, especially as kids embrace the game. The excitement for this summer’s Euros is at an all-time high, even if the organisers seem to have totally underestimated the popularity of their own sport by putting too many games in small grounds, presumably fearful of mostly empty bigger stadia. Iceland have already protested that they have been put in a 5,000-seat ground at Manchester City Academy Stadium and they have already sold out all the tickets.

Iceland midfielder Sara Björk Gunnarsdótti has spoken passionately about this: “It’s shocking. You’re playing in England, you have so many stadiums, and we have a training ground from City. It’s just embarrassing. Women’s football today, they’re filling out the stadiums. If you see Barcelona against Real Madrid, we have 95,000 watching the game.”

While the FA has to organise such things a couple of years in advance, you have to wonder how hard it would be to book a bigger stadium at short notice. After all, they’re not being used in the summer.

It feels as though even the FA, which has been pushing women’s football to grow quickly and the clubs and councils which had to bid for games, have all actually radically underestimated the game’s popularity. Admittedly this may in part be due to the sheer speed at which the situation has been transformed. Even now, it is possible to hear people voicing doubtful or negative attitudes that, if they were ever even vaguely true, are certainly stuck in the past. These people don’t realise where we are now.

Partly this may be because some WSL games pull smallish crowds. The growth is not even across the sport, being led largely by international games and European tournaments. It may also be partly down to money, with a top player like Lucy Bronze earning in a year what a bog-standard Premier League men’s player will earn in a week. We know shallow people to judge something’s worth by how much people are paid to do it. But the truth is, the women’s game actually pays sane wages, at least at the top, though it has some way to go to fund the less stellar players adequately. Lucy’s £140,000 per year puts her in the top 1% of earners and she’s in the top 1% of players. It’s an absolute tonne of money, topped up no doubt by sponsorships etc. It is men’s football which is killing itself to live, with lunatic wage levels and transfer fee inflation.

Indeed, one of the drivers for the attraction to women’s game is the lack of financial insanity which turns many off the men’s game at the higher levels. Also the players themselves are easy to relate to and scandal-free (Hope Solo, aside), which is important for some parents hoping to find good role models for their children. In the games I’ve watched there is a very noticeable good vibe about the crowds. Turns out if you put more families, more kids and more women into football grounds, they don’t get coked up and start fights. To see excitement and joy on children’s faces instead of fear of the bad man who is kicking off a couple of rows down from you is a powerful if informal marketing tool.

But it is just football; some games are thrilling contests, some are dull, others are walkovers just as in the men’s game. And that’s the most refreshing, welcome thing. It’s normal. That 91,000 at Barcelona didn’t turn up to watch women’s football per se, they turned up because it was Barcelona and Barcelona fans support Barcelona whoever they’re playing. And that’s as it should be.

The summer tournament will put more gas under women’s football. It will boost TV viewing figures and attendances and income. I expect to see more money being invested into club sides as a result, because it would take relatively little money to build a really good women’s team, which would be good for the club and for the fans, as we move into this new, exciting era. There is still much road to travel but history will, I think, judge this period as very significant in the rise and rise of the women’s game.