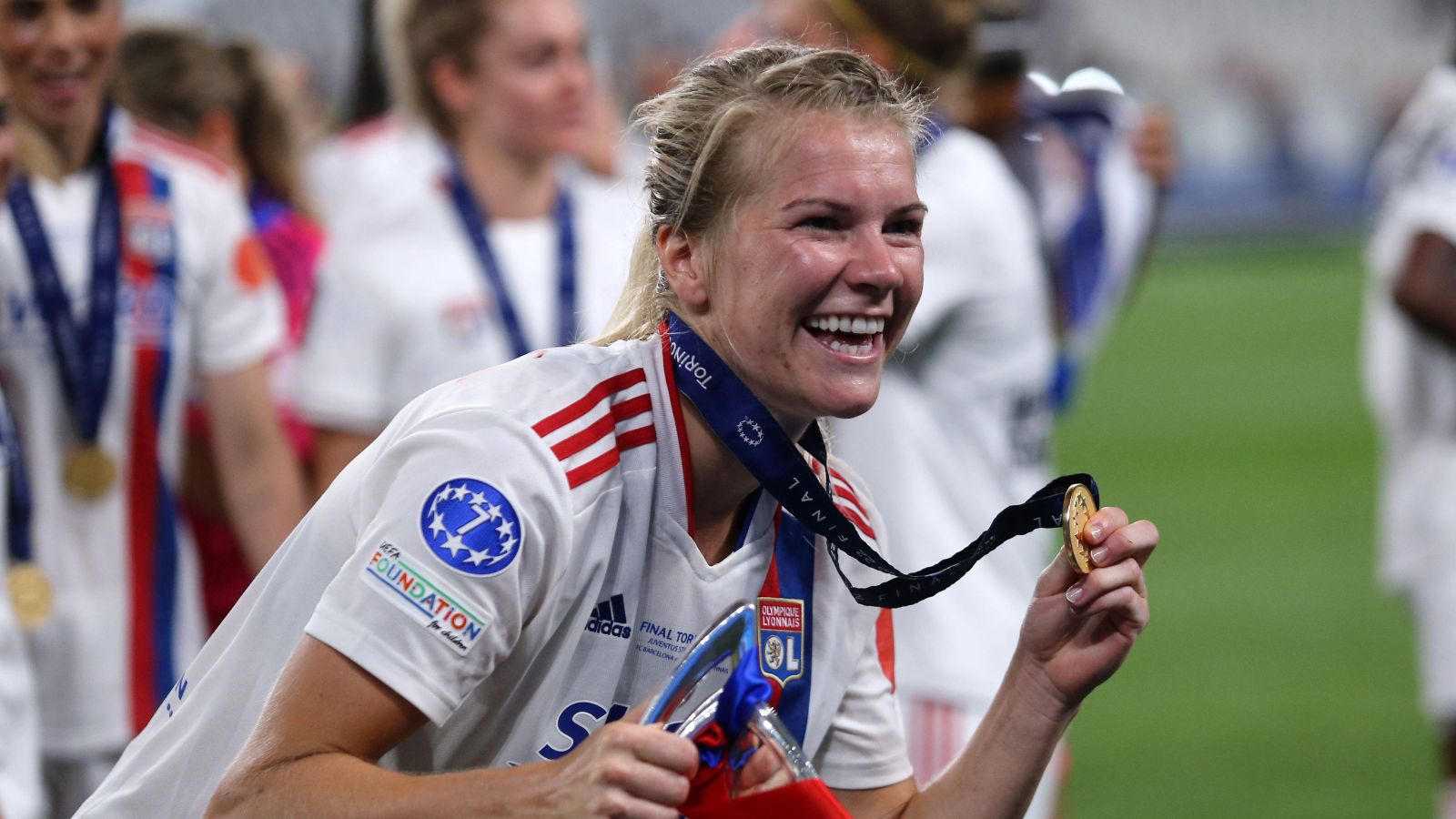 The story of Ada Hegerberg and her return from two devastating injuries is a remarkable one that ends in Champions League glory.

It doesn’t take much to get Ian Wright excited. He’s an excitable guy. But the former Arsenal striker reserved a particularly special level of excitement to greet Ada Hegerberg after the Lyon forward inspired her side to victory in the Champions League final.

This excitement level was merited.

Hegerberg had a hand in all three goals as Lyon wrestled their European title back from heavyweights Barcelona thanks to a storming first-half performance. But the victory also marked a stunning personal comeback for the Norwegian international.

In January 2020, Hegerberg was at the peak of her powers. She was a Ballon d’Or winner, fresh from breaking the Champions League goalscoring record and leading the line at the all-conquering Lyon when she suffered an anterior cruciate ligament injury.

Rehab took place during lockdown, before she was dealt another blow upon her return to training as she fractured her tibia.

“I could never imagine standing here one year after,” Hegerberg told Dazn after the final whistle in Turin. “I’ve come along way, it’s incredible, I’ve got goosebumps just thinking about it. Resilience, hard work, it’s all worth it, it’s so motivating. I’m only 26 as well so let’s keep this going!”

People have short memories in football. Despite winning five successive European titles, Lyon were seemingly old news heading into the 2022 Champions League final. There had been a power shift in European football for the first time in five years, and Barcelona were the new women’s football heavyweights after surging to victory in 2021 with their slick brand of possession football.

But Barcelona had begun to show their vulnerabilities during the latter stages of the competition, looking shaky when Real Madrid and Wolfsburg pressed them high up the pitch in the quarter and semi-finals. Lyon pounced on this glimmer of a weakness and exposed it in its entirety. The French outfit found themselves 3-0 up inside 33 minutes – the ‘plucky underdogs’ closing in on their eighth European title.

“We let the football talk! We didn’t speak,” Hegerberg added. “But it’s part of the game, it’s completely normal to be talking about Barcelona; they were the last winners. History is written forever but football is fresh, it’s all about the next move, and that’s normal. Winning this one this year wasn’t easy.”

It is a testament to the longevity of Lyon that the club could respond to such a ferocious challenger to their dominance, rise to the test and raise the bar again, and a testament to the quality of Hegerberg that she could return to the biggest stage after nearly two years out as though she’d never been away.

“I think we were a pain in the arse for people as well – winning five years in a row,” the forward added. “But now we’re back, baby.”

Hegerberg now has her first major tournament in seven years with Norway on the horizon this summer after ending her five-year exile from the national team. With the form she’s finding and the squad that Norway currently boast, her comeback story could yet include another remarkably chapter. Imagine Ian Wright’s excitement then.