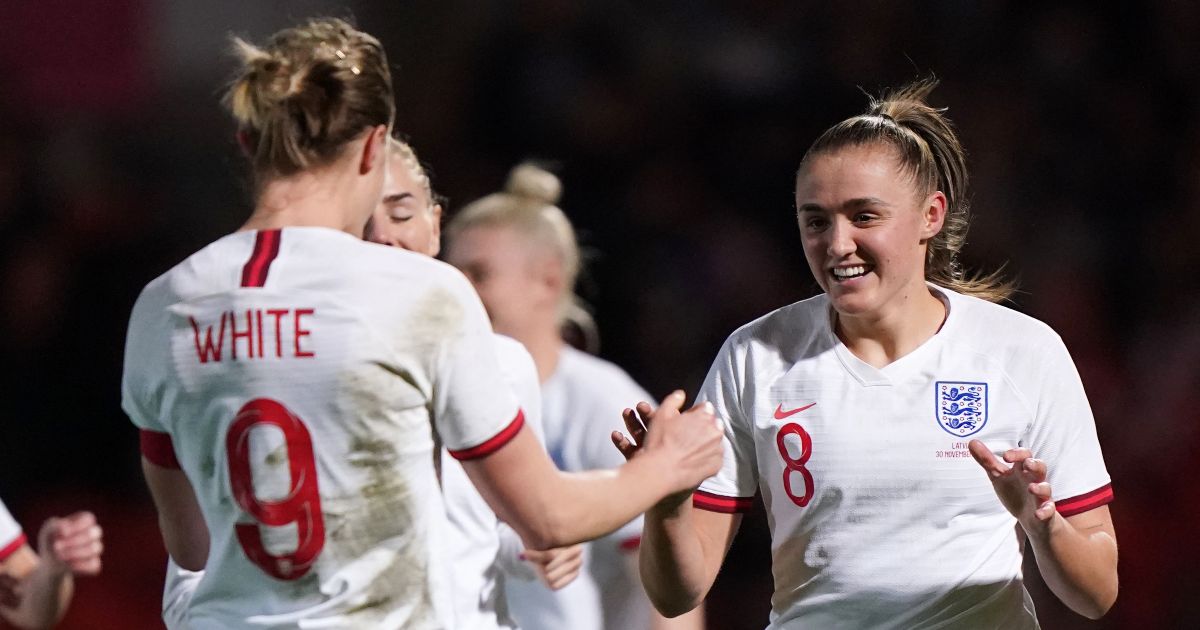 A few weeks ago, I wrote about the dispiriting degree of misogynist attitudes a lot of men have towards women’s football and sport, with only 24% supportive and 76% presumably thinking it was some sort of woke, PC conspiracy to rob them of their masculinity and their dinner.

But women don’t need the approval of those men to watch sport on TV and neither do men, and according to a newly published Women’s Sport Trust’s ‘visibility uncovered’ study, we are doing so in ever-larger numbers, now that there is more women’s football and sport on TV, more coverage in general, including scores from games being routinely read out on news bulletins. Slowly but surely, women’s football is becoming an ordinary part of life, which is as it should always have been.

As many always predicted, the ‘build it and they will come’ principle is absolutely true, even if the sexist idiots think its political correctness gone mad and that there is no demand. How wrong they are.

Tammy Parlour, chief executive and co-founder of the Women’s Sports Trust, highlighted the importance of free-to-air broadcast deals alongside those that are subscription-based and said that their impact on women’s sports “should not be underestimated”, with free-to-air bringing in 19 million new viewers. 19 million!

There’s a wider lesson there for the stagnating and shrinking male football market.

The Women’s Super League is broadcast on Sky behind a paywall and on the BBC free-to-air. The average audience for WSL games so far this season for matches airing on Sky Sports is 110k, compared to 444k for matches on the BBC. Interestingly, this is roughly the same sort of split we routinely see between FTA games and paywall matches in the men’s game. One out-performing the other by a factor of four.

While no-one is pretending these averages are incredibly high figures, for a sport coming from a very low base, for a sport that continues to be under-funded, for a sport that is fighting institutionalised bigotry, fighting denigration, fighting being made to feel worthless from a young age, and fighting being culturally excluded on the basis that playing sport is somehow not feminine, these are bloody good. The WSL and other sports are attracting, educating and building followers on a week-to-week basis in a way that men’s football absolutely does not have to. And it’s working.

This has been and continues to be a long uphill battle. That 76% of men are keen to keep women in what they see as their place, or at the very least disparage the sport as somehow inferior, shows how long.

But the audience for domestic women’s sport has bucked the trend of declining TV viewing hours more generally and amassed a total audience of almost 32.9 million people last year, with football and cricket the biggest drivers of the newer audience. 1.5 million people watching the last women’s FA Cup final and bigger audiences are guaranteed as the season comes to a conclusion.

Perhaps the most significant number is the 6.2 million people who watched live WSL games in 2021 without watching a Premier League game on TV. In other words, people (probably mostly but not exclusively female) who had not previously shown interest in the men’s game, decided to watch women’s football. That is a big breakthrough.

The report also found that there were 5.9 million new viewers for the WSL who had not watched any other sport in 2021 before the start of the season and so were new to the very idea.

In total, 11 million new viewers tuned into the Women’s Hundred cricket and Women’s Super League. That’s a remarkable new trend and speaks to the idea that more and more women, and indeed men, enjoy the women’s game and what it has to offer.

With this summer’s England-based European Championship due to kick off on July 6 with The Lionesses playing Austria, Norway and Northern Ireland, there will undoubtedly be a big spike in audiences across the summer, likely to be well over 10 million for England’s games and higher still if they go deep into the tournament. England’s World Cup games a couple of years ago reached over 12 million.

The one area that needs developing is in habituating people to watch women’s football. Currently return viewing figures are around 35% but that will inevitably grow as the audience widens and watching develops and deepens interest.

For so long we were told there was no interest in women’s football, that no-one cared about it, that it was only being put on TV to be PC, that it was occupying too much media real estate in relation to its popularity. It was always an ignorant stance. To grow a sport, it needs exposure and investment. And these numbers absolutely prove that the more it is seen, the more popular it becomes.

It’s a win for everyone, but perhaps especially for young girls who are being provided with role models, who are seeing people like themselves playing the game, who are shedding all the old sexist stereotypes and can see a pathway into the sport either professionally or as a leisure activity. This is great for them and great for our society which has, for so long, one way or another, so unjustly excluded so many women from football and from sport.