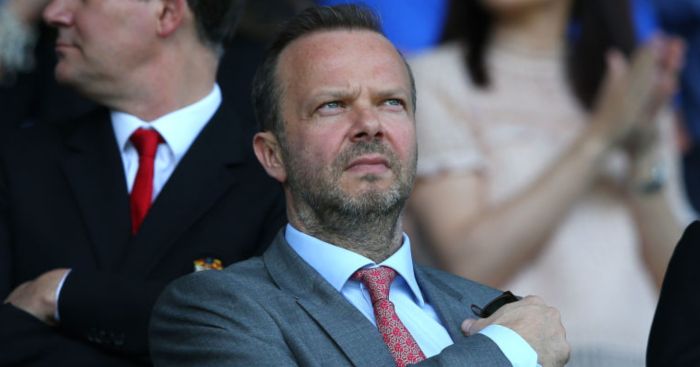 Alexis Sanchez’s days at Manchester United look increasingly numbered after the forward reportedly suffered a fresh blow to his hopes of remaining at the club.

Sanchez joined the Red Devils from Arsenal in January 2018 as part of a swap deal involving Henrikh Mkhitaryan.

The Chilean has scored just five goals in 41 appearances in all competitions for United and has failed to recapture the brilliant form he showed over three seasons for the Gunners.

The player returned from a six-week knee injury lay-off in midweek but appears to be a long way down Solskjaer’s thinking after he an unused substitute for Sunday’s embarrassing 4-0 defeat to Everton at Goodison Park.

Before the match kicked off, Solskjaer had warned Sanchez that the club could not afford to carry any passengers going forwards, in what appeared the biggest indicator yet the club were preparing to sell him this summer.

Now, a report in The Times claims executive vice-chairman Ed Woodward has conceded that he made an ‘enormous error’ in signing Sanchez – and blundered enormously by handing him a four-and-a-half year deal.

That means United still have three years remaining on Sanchez’s contract at Old Trafford, with the player unlikely to command anywhere near the basic £400,000 a week, plus £75,000 appearance bonus, if he moved on.

While Woodward and United are hoping to move the player on this summer, Woodward realises the money he’s earning will make shifting him on extremely difficult – and will likely leave United hugely out of pocket.

And that could leave Woodward facing more difficult questions, with the exit of Sanchez set to arrive just a matter of months after the club sacked Jose Mourinho and were left with a hefty compensation bill.

While not on the pitch and unable to influence the result at Everton on Sunday, the fact that Solskjaer did not turn to the club’s top wage earner in their time of need told as much as anyone needs to know about Sanchez and his future.

Solskjaer admitted he has a tough job on his hands to rebuild the club, and had warned Sanchez in the build-up to the Goodison Park clash: “As a club we cannot carry players.

“Everyone has to take ownership, keep improving, show that hunger that you want to get better individually and as a team.

“Since I came in, he’s had two long-term injuries and that hasn’t been beneficial to him. Some other players have had injuries as well. But I see the characters we have. I am looking at who we should keep, who we should move on.

“Alexis has got a fantastic talent when he’s at his best level. Now we want him performing for us.”

Sanchez himself seems unwilling to leave Old Trafford without a fight and said himself last month: “I want to keep showing my love for football. I know what I can do. I have belief in my ability.

“United are such an important club, not only in England but on a global level, and I would love to help bring a trophy to the supporters.

“Obviously, I want to make the Manchester United fans really happy. I want to score goals. I want to bring them joy. I want to win silverware.

“When we lost last year’s FA Cup final to Chelsea, I was not happy. Not happy at all. In fact, I was sad because I just wanted to make our wonderful supporters happy.

“When I was younger, I liked United. I swear. As a small child I liked United, I really liked them and I want to show this and bring the people joy because, obviously, I want to win.”