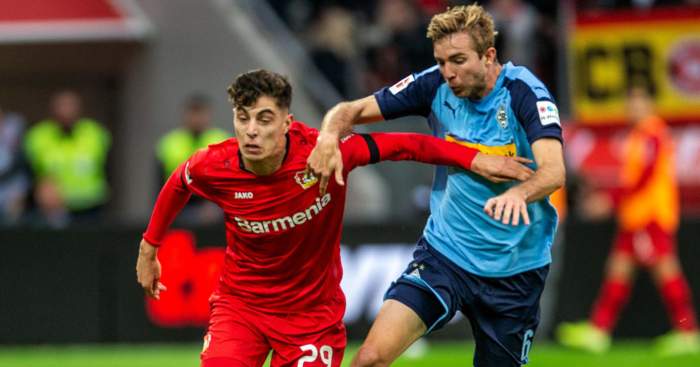 The 20-year-old was linked as recently as 10 days ago to United with the Daily Mirror saying that Man Utd signing him ahead of Europe’s leading clubs ‘would be a major coup’.

While United ‘believe it’s worth the investment’ as he ‘completely fits their identi-kit in age, talent, potential – and the X-factor ingredient [they] are looking for from future signings’.

And now the Daily Star has a fresh report on Wednesday that claims the Red Devils are ‘plotting an £80m raid on Bayer Leverkusen’ for Havertz.

United boss Ole Gunnar Solskjaer ‘has made Havertz his No.1 target’ but that Woodward will ‘wait until next summer to make his move’.

The Daily Star claim the reason Woodward is so confident of landing Havertz is because he knows he can make Leverkusen an offer they will be ‘unable to turn down’.

The Germany international, who has been tracked by Man Utd since the start of 2019, scored 17 goals for Leverkusen last season and has three from midfield so far this term.