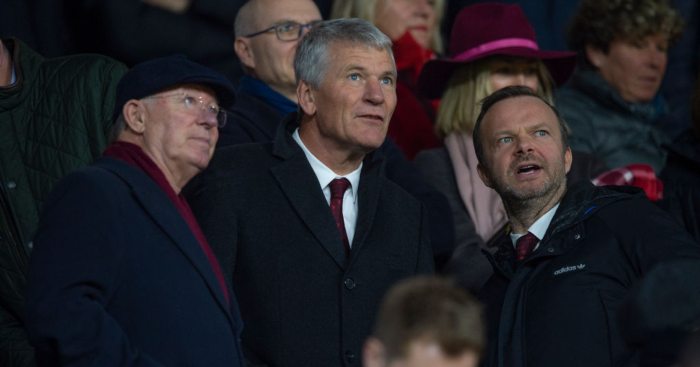 Ed Woodward says Manchester United fans have to understand that bringing in multiple signings can be “extremely difficult”.

The Red Devils are currently ninth in the Premier League standings and eight points off fourth-placed Chelsea, who occupy the final Champions League place.

United were held to a 2-2 draw to Aston Villa at home on Sunday and fans will no doubt be hoping the club can bring in reinforcements over the next couple of transfer windows.

However, executive vice-chairman Woodward has warned Man Utd fans not to expect the club to land “six or seven” in any window because of the “extremely difficult” nature of completing deals.

“It’s hard enough to get three players done in a transfer window. To get six or seven done is extremely difficult if you are getting proper talent.

“If you choose to churn every player because they are not good enough and you’re not extending contracts, you are putting yourself at risk of execution.

“Sometimes you have to take a broader view.”