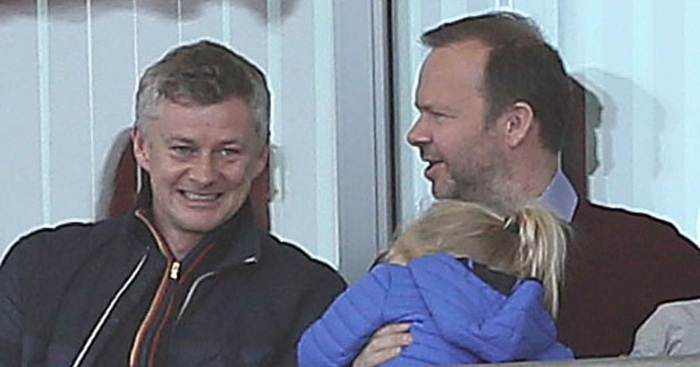 Ole Gunnar Solskjaer was reportedly ready to put Jude Bellingham straight into the Manchester United squad, but Ed Woodward and the Glazer family were unwilling to sanction a deal to bring him to Old Trafford.

The teenager opted to move to Borussia Dortmund, and ESPN have now claimed United refused to match the Bundesliga club’s £56,000-a-week offer.

Woodward and the Glazer’s were uncomfortable in spending nearly £3million a year on wages for a player with just one year of senior football under his belt.

Solksjaer was reportedly set to put Bellingham straight into the first-team squad, and predicted he would make at least 20 appearances in his first season, but this assurance was not enough to persuade the United bosses.

Bellingham is already in training at his new club as they started pre-season this week.

After his move, the 17-year-old said: “I chose Borussia Dortmund because it is the perfect step for my development. I am just glad that saga is over.

“It was a lot of annoyance to me and there was a lot of noise around at the time when all I wanted to do was play for Birmingham City.

“Now I haven’t got the chance to do that anymore but I would like to think I made the most of it. I am really looking forward to the future.

“The record Dortmund have got with young players in recent years is unrivalled in European football.

“Weighing all that up and the people we met there , the stadium and fanbase, it made me fall in love with that club as well.

“I’ve met Jadon Sancho and we have spoke. He is a great example of what you can achieve if you go out there and do the right things.

“It is a credit to himself and the work Dortmund do. I know if I work hard there will be chances and I will try and take them.”