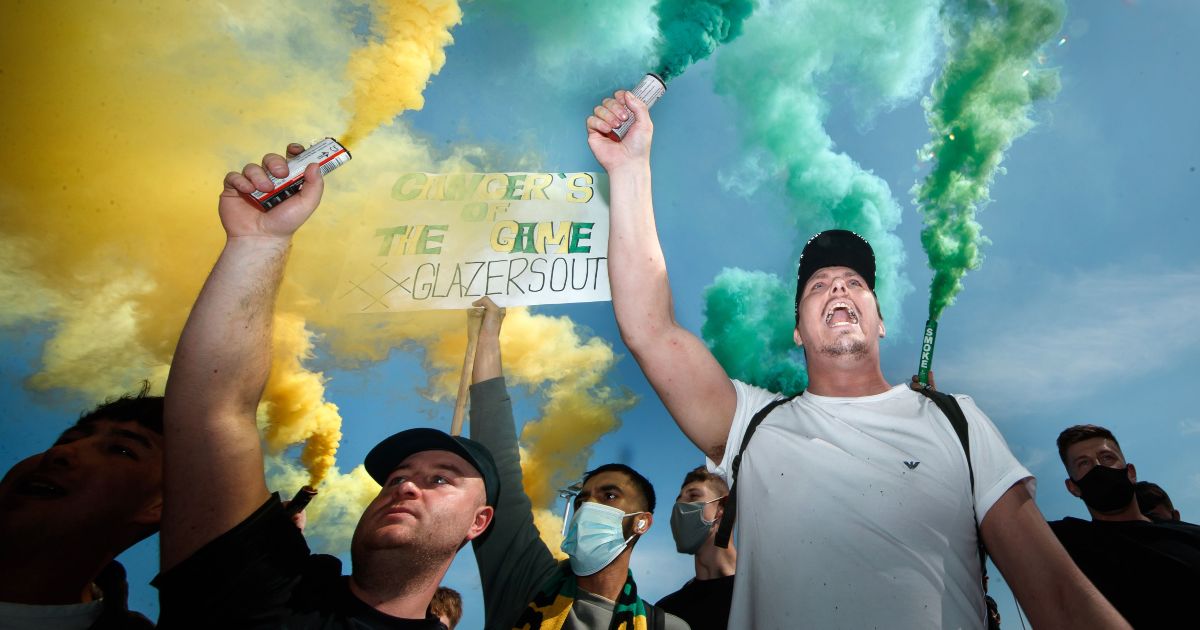 Ed Woodward has promised Man Utd “do not seek any revival of the Super League” as supporters expressed disgust, embarrassment and anger at the planned breakaway during an emergency fan forum held on Friday.

The Old Trafford giants were part of the dozen clubs that announced late on April 18 they were joining the new continental competition, only for it to collapse amid intense pressure within 48 hours.

It was announced that Woodward would be leaving his executive vice-chairman role shortly before the club officially withdrew from the Super League, of which Man Utd co-chairman Joel Glazer was named as vice-chairman.

He soon admitted “we got it wrong” but was conspicuous by his absence from an emergency meeting held on Friday morning, when Woodward apologised for the botched plan during his opening remarks.

“You will all have read Joel’s open letter to fans last week apologising for the Super League decision and I would like to add my personal apology to this forum,” the he said.

“I know that you will feel angry and let down by the lack of consultation and by the way the proposal failed to recognise the vital principle of open competition. Proper discussion would have helped us avoid the mistake we made.

“While there would have been a substantial increase in solidarity payments from the leading clubs to the rest of the pyramid across Europe, we fully accept that there were fundamental elements which were badly misjudged.

“As Joel said last week, we failed to give enough weight to the essential principles and traditions of sporting merit which are so vital to football not just in domestic competition but in European competition since the mid-1950s.

“We want to restate our commitment to those traditions. I can assure you that we have learned our lesson from the events of the past week and we do not seek any revival of the Super League plans.”

But Woodward’s comments will do little to placate furious supporters, with a letter signed by the vast majority of fan forum members read out to him during the meeting demanding change and rejecting co-chairman Glazer’s apology.

“We are disgusted, embarrassed and angry at the owner’s actions in relation to the planning, formation and announcement of the European Super League,” the letter read.

“Once again this clearly demonstrates that the club’s owners are only interested in maximising their own profits and do not care about or respect the views of Manchester United fans.

“The complete lack of engagement with fans, our players and manager is a gross mishandling of club affairs and one which we cannot forgive. It was an attack on fans and on clubs across the whole of football and we have simply had enough.

“Joel Glazer’s subsequent apology is not accepted. Actions speak louder than words and he and his family have shown time and again that their sole motivation is personal profit at the expense of our football club.”

The fan forum members said the proposal “betrayed” United’s history, which has “been undermined by an abhorrent plan designed purely to make more money for the self-perceived ‘big clubs’.”

Labelling the closed-shop approach “arrogant and unfair”, they reminded Man Utd of the great Sir Matt Busby saying “we must prevent a football club ever being run like a supermarket with profit the only real motive”.

The Man Utd fans said “change is needed and the club must act now”, setting out a five-point plan that they requested a written response to within seven days.

“We have zero trust in the owners of the club, or faith in them to uphold these statements and do not believe they understand or indeed care about the great traditions and values of our club,” the letter continued.

“If we are wrong and they are serious about recognising their responsibilities and wanting to learn from supporters’ messages, we look forward to you all proving it by taking immediate and decisive action to protect the future interest of the club.

“1. Willingly and openly engage and promote the government initiated fan-led review of football and use this as an opportunity to rebalance the current ownership structure in the favour of supporters and not approach this review defensively to fight for the status quo.

“2. Appoint independent directors to the board whose sole purpose is to protect the interest of the club as a football club, not its shareholders and their focus on profits over results.

“3. Work with the Manchester United Supporters Trust and supporters more broadly to put in place a share scheme that is accessible to all and that has shares with the same voting rights as those held by the Glazer family.

“4. Commit to full consultation with season ticket holders on any significant changes to the future of our club, including the competitions we play in.

“5. Provide a commitment by Joel Glazer that any costs incurred in relation to the creation of, or withdrawal from, the European Super League will be funded solely by the Glazer family and not by the club itself. We note that the Kroenke family have already made this commitment to Arsenal fans.”