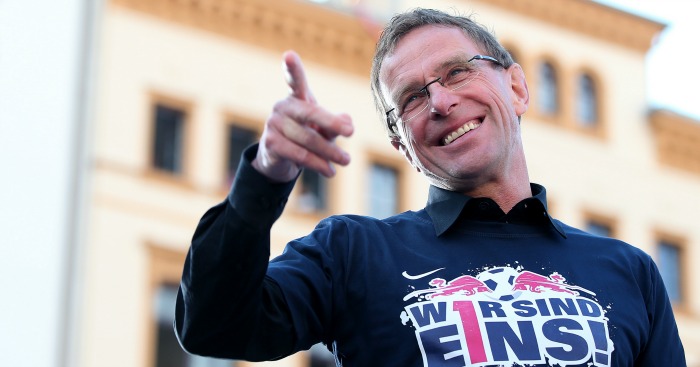 That didn’t materialise but the club are still reportedly committed to bringing in the right candidate for the role with Edwin van der Sar another name to be linked with the position.

Bayern Munich are currently without a manager and The Athletic claims that talks ‘broke down on Monday at the preliminary stage’ with Rangnick over him possibly taking charge of the German club.

The report adds that ‘Bayern’s loss might be Manchester United’s gain’ with the Bundesliga outfit not ‘sure his high-energy pressing game was a viable tactic for the existing squad’.

The Athletic continued: ‘The Premier League club recently dispatched a member of Ed Woodward’s staff to a lengthy meeting with Rangnick in Germany, ostensibly to question him about his experience in setting up the RB Leipzig academy and coaching network.’

United are looking for someone to take charge of transfer recruitment by employing either a director of football or technical director.